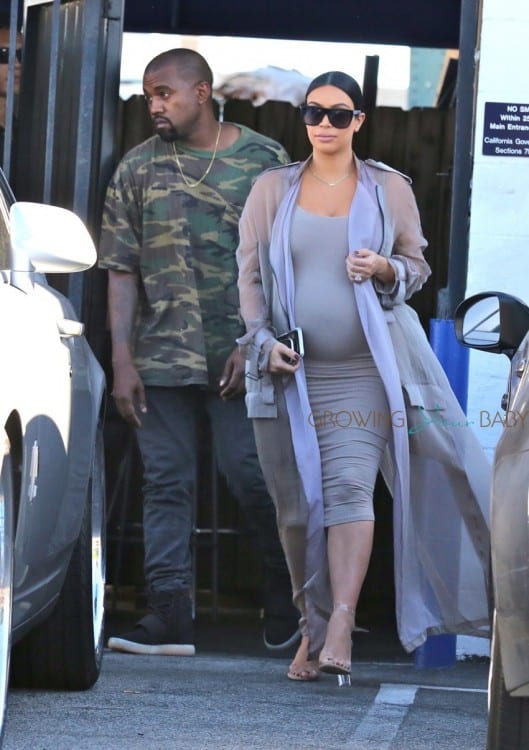 Kim, who is expecting her second child with Kanye, showed off her growing baby belly in a tight grey dress. 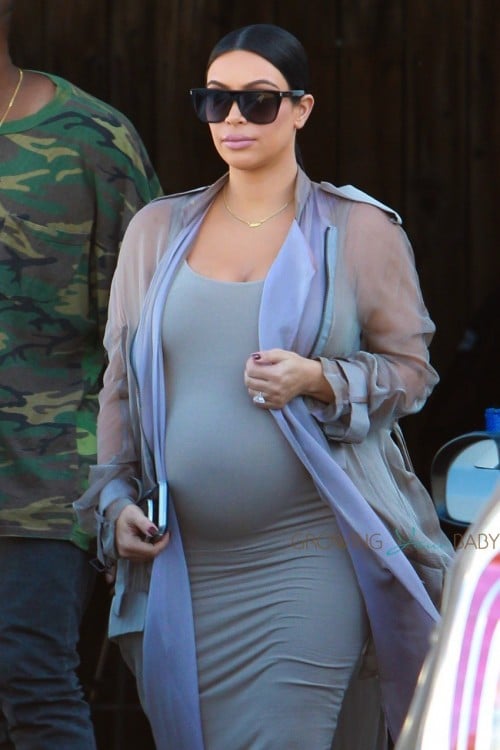 TMZ reports that the new baby is due on Christmas Day!  Kim has a condition where the placenta grows too deeply into the uterus, which could be dangerous.Doctors are hoping they baby can arrive naturally, but if he doesn’t a c-section may be necessary for safety reasons.

As expected, Kim and Kanye have already booked a Deluxe Maternity Suite at Cedars-Sinai in L.A.

Kourtney was also spotted leaving the studio at the same time so it is possible the pair were filming scenes for Keeping Up With The Kardashians.