North West was adorable in a denim jumper as she arrived at the Burbank airport on her mom’s hip on Thursday. 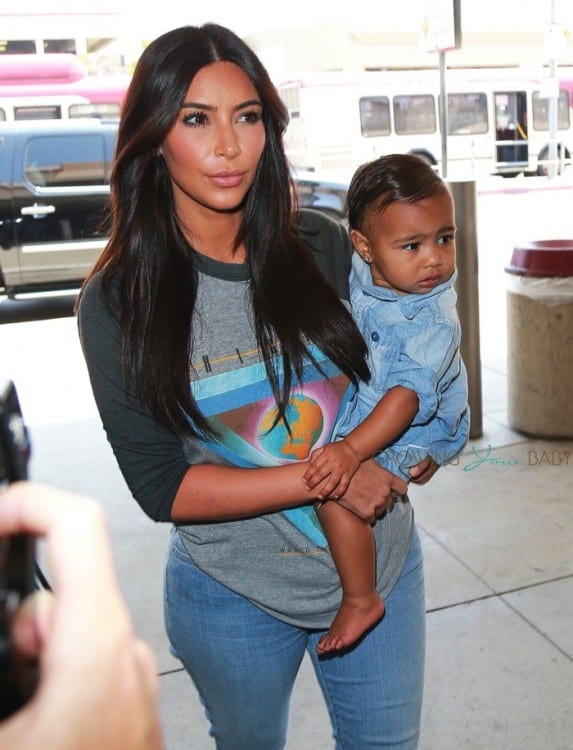 The airport has been a very familiar place for the little jet setter in recent weeks as she travels across the world with her famous parents. Soon, however, the tyke will have her own digs now that her parents have purchased a 20 million dollar mansion in Los Angeles’ Hidden Hills area. 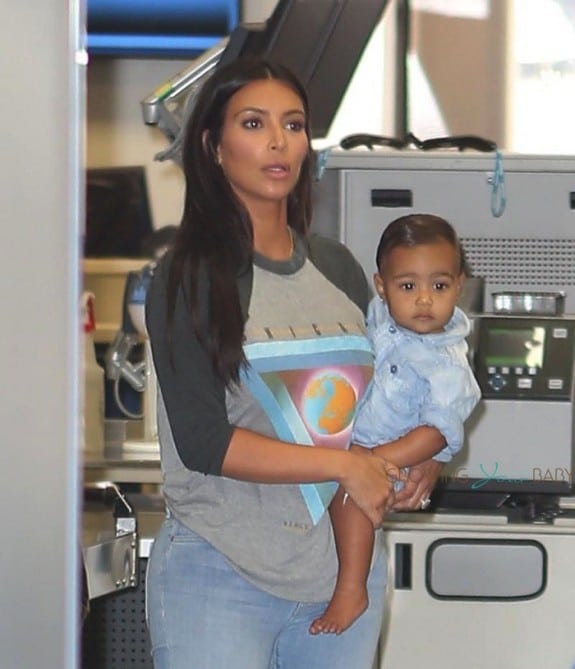 Kim, Kanye and baby North have been staying with Kim’s mom, Kris Jenner at her Calabasas home while they remodel a mansion they bought in Bel Air in 2013. After an almost complete teardown, the project won’t be done for a very long time so the couple has bought a second home to move into immediately.

“When we bought our Bel Air house, we didn’t have a baby, we weren’t even pregnant,” she explains. “After you have a baby, you realize that you need so many other things and a different kind of space. So being in the city is a different life. We wanted to be away and have more privacy.”

Currently, the family splits their time between LA and New York City, where they have an apartment in SoHo.  It has been rumored they are also looking for a new home in New York City, which means it’s a great time to be their realtor! 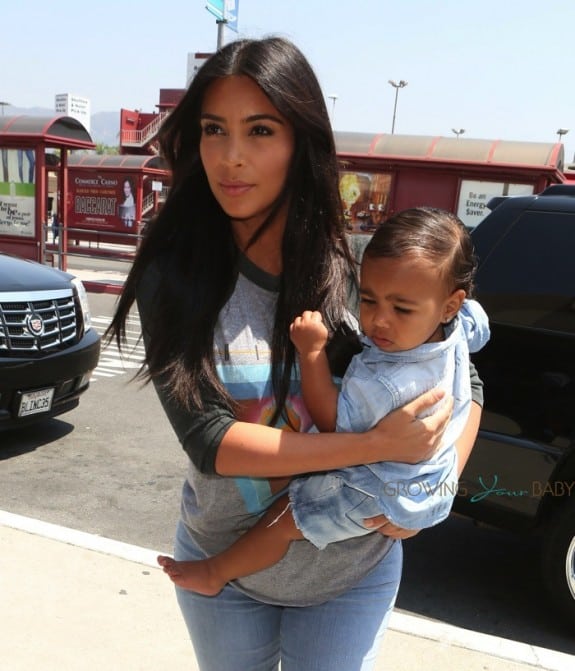