Just hours after they announced they were expecting their first child Kim Kardashian and Kanye West walked the red carpet ahead of their appearance at 1 Oak inside the Mirage hotel in Las Vegas for New Years. 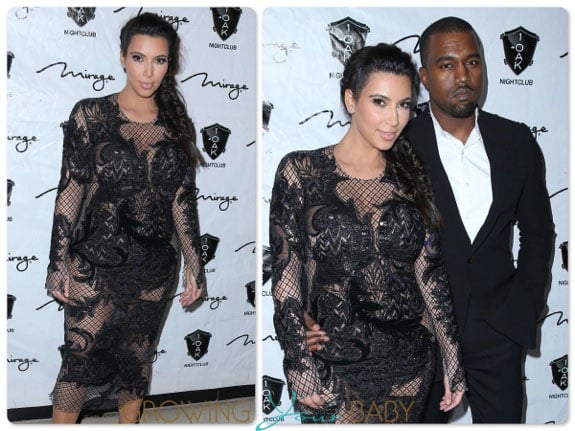 Three months along, Kim spoke to US Magazine at the event about how her pregnancy has been going.

“I have felt good. I haven’t had any morning sickness, but it still isn’t the easiest. People always say it’s easy and fun. It’s definitely an adjustment learning about your body and stuff like that. I’ve been feeling really good so that’s good.” 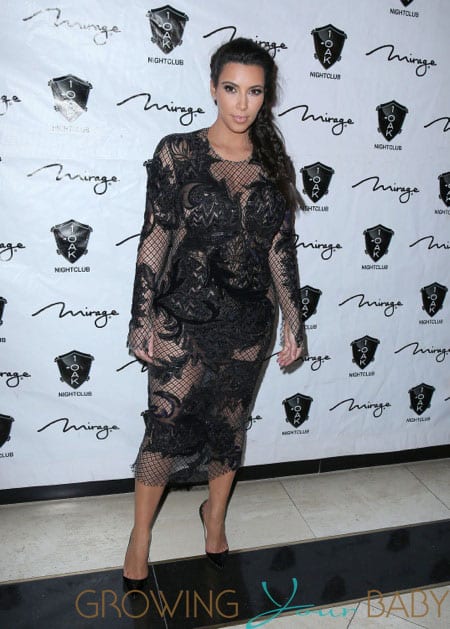 Calling the next phase of their lives together “so exciting,” Kim revealed that she intends to find out the sex of the baby when the time comes.

Well known for sharing most of her life on camera, the couple plans to change that when their baby arrives. TMZ reports that ‘Kim is saying the baby will NEVER be on the family’s show or have its own spin-off – nor will there be a ‘Kim Gives Birth’ TV special’. 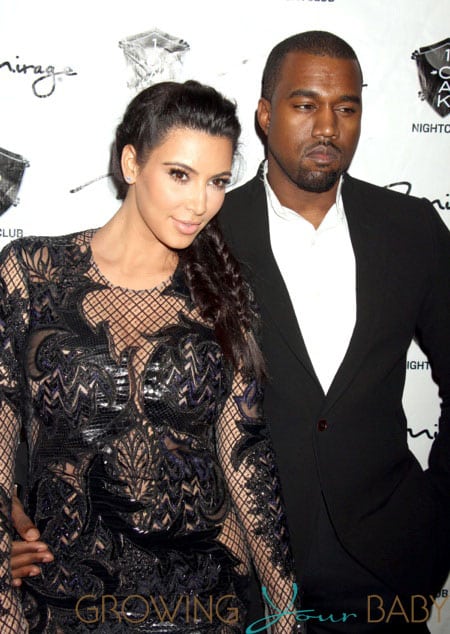 Her pregnancy, however, will be filmed for the show because she thinks being “pregnant is great and cute.”