What is a trip to Paris without hitting shoppes? Just a couple days ahead of her wedding, Kim Kardashian was photographed out shopping with her sister Kourtney and her daughter North at Givenchy. 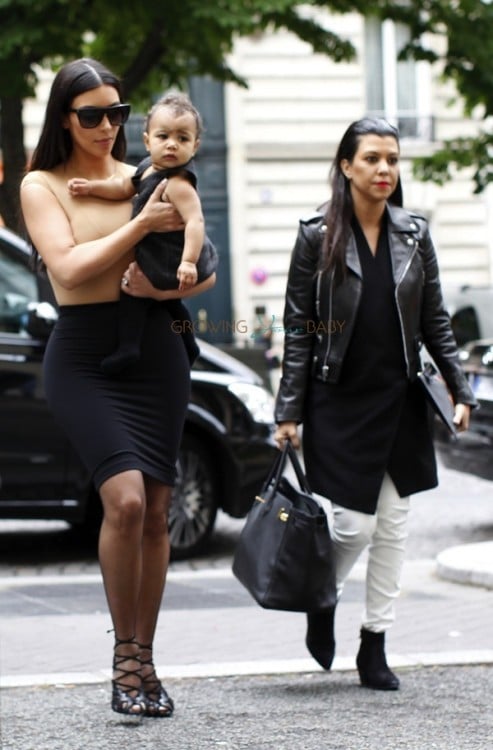 Rarely spotted out, the adorable 11-month-old was sweet in a charcoal wool dress and black tights as she accompanied her mom and aunt into the luxury boutique.

In just four days Kim and Kanye West will reportedly get married at Forte di Belvedere in Florence.

The couple had originally planned to be married in Paris, but were prevented from doing so by France’s 40 day residency rule.

Instead they will celebrate the night before at Château of Versailles before heading to Italy with friends and family for the official ceremony.

In a statement Kim and Kanye said,

‘In making this choice, they are contributing to a better understanding and maintaining the exceptional heritage of the castle of Versailles, which is classed a World Heritage site UNESCO’

With friends and family arriving in the city of lights at a strong pace, we look forward to seeing how their wedding extravaganza goes.