Kourtney Kardashian and Scott Disick were photographed enjoying some time at the beach with their kids Mason and Penelope in Bal Harbour Florida, a beach just north of Miami Beach. 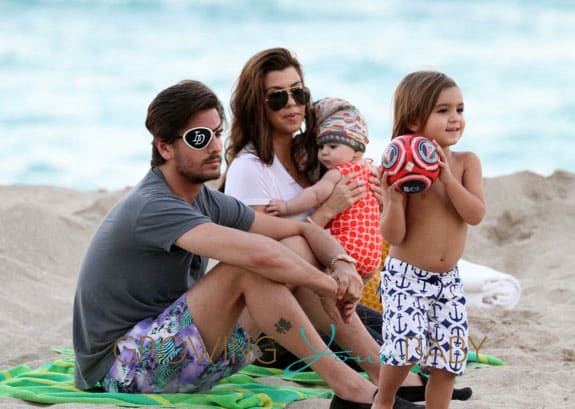 Now 4 months old, this is the first time we have had a good look at Penelope! She was chic in an orange one-piece bathing suit and a scarf tied on her head to protect her from the sun.

Even though he didn’t go in the water, Mason had fun running around the beach, playing football in the sand and building sandcastles.

Scott appeared to be continuing the ‘Lord Disick’ schtick by wearing a patch with the initials LD on it. 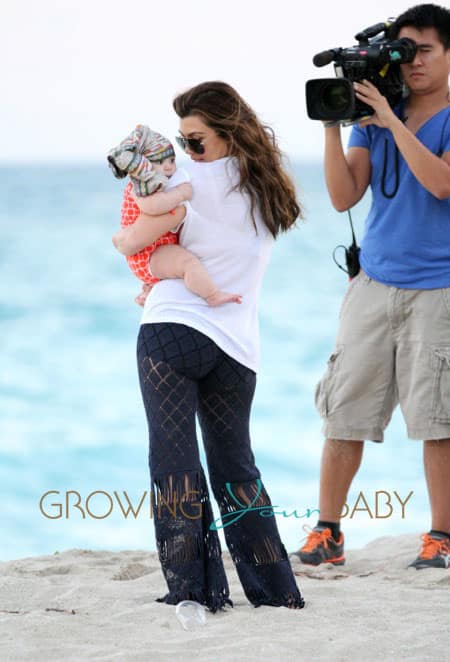 Just like their trip to the pool last week, the family was filming for their reality show.  They are likely winding down the show, as it has been 3 months since they started filming.