Kourtney Kardashian was photographed out at Church on Easter Day with her children Mason and Penelope and her sisters Kendall and Kylie Jenner. 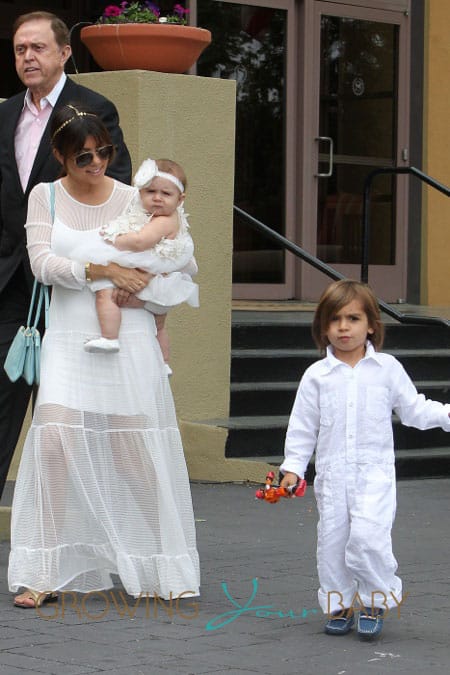 The reality star and her kids matched in all white, while her sister Kendal wore a watercolor maxi dress with a cropped sweater over top.   Penelope was a cute little chicky in ballet flats, a floral headband and a white dress that was adorned with embroidered fringes. 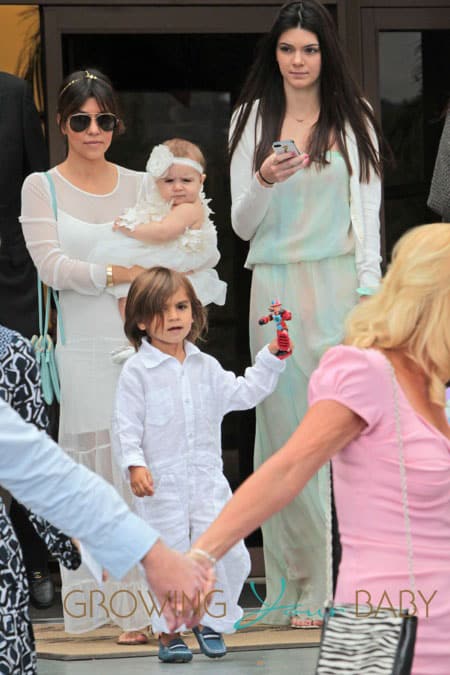 It was revealed on Sunday’s Kourtney and Kim Take Miami, that Kourtney had offered to be a “spare womb,” for her sister Khloe and husband Lamar.

Khloe has had some fertility issues in the past that were made public on the family’s reality show Keeping Up With The Kardashians last year.

“About a year ago we just said let’s just let it happen — but when it didn’t happen, Kim was like, ‘Lets go to the doctor,’” Khloe recalled. “I found out I don’t ovulate and my uterus lining isn’t thick enough, and I have to take pills to make my uterus lining thicker, and if that doesn’t get thicker I cannot carry a baby.

Flattered by the offer, Khloe revealed that said she and Lamar are not at that point yet.

“But I’ll tell Lamar you are happy extending your womb to us!” she joked.