Reality star Kourtney Kardashian was spotted out at the park on Sunday spending time with her two oldest kids Mason and Penelope. 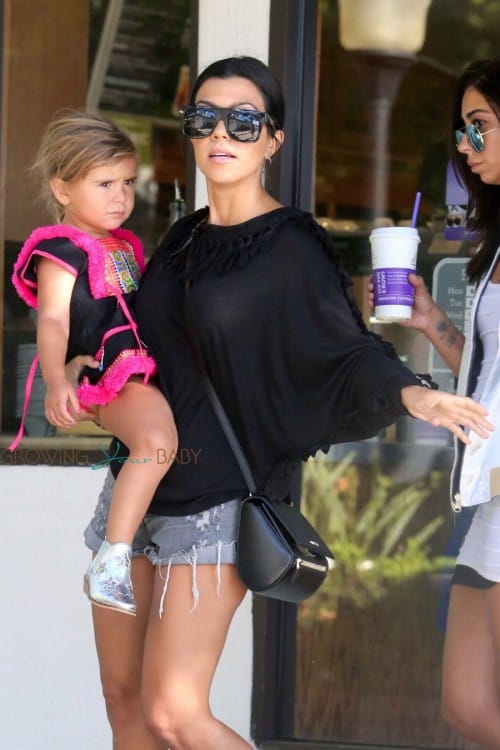 Mason was a little sweetie and pushed his sister on the swing.  Penelope went all out for her trip to the park!  She wore a black dress with hot pink ruffles and silver boots with sparkly stars on them from Stella McCartney’s Fall collection. 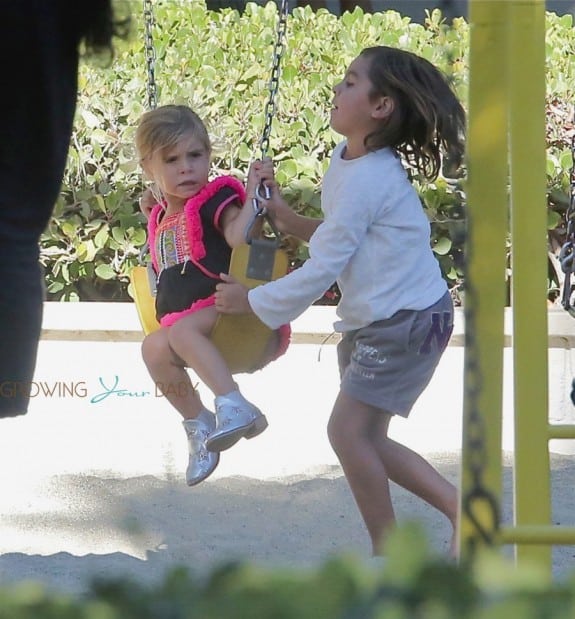 This week OK! Magazine reported that Mason is seeing a therapist following his parents split.

According to the magazine, Kourtney hopes the move will help Mason during this difficult time. “Mason is very close to his dad and keeps asking why he isn’t living with them anymore,” said a source.

Shortly after the outing the single mom enjoyed a night out on the town with her sisters at the MTV Movie Awards at the Nokia Theatre. 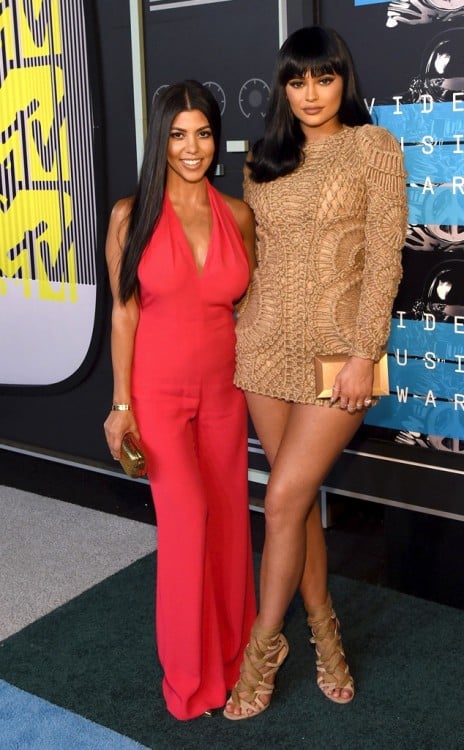