Kourtney Kardashian and Scott Disick were spotted having a family lunch with Penelope at Lovi’s in Calabasas on Thursday. 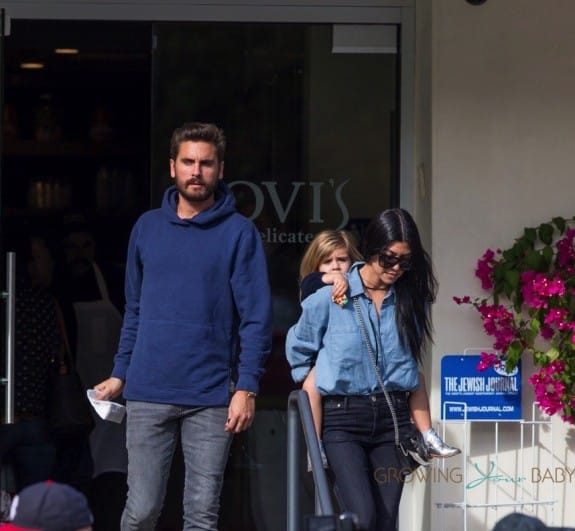 Penelope rode comfortably on her mom’s back as they left the deli.  She was cute in a navy dress and her favorite Stella McCartney star boots as she noshed on white chocolate with smarties in it. 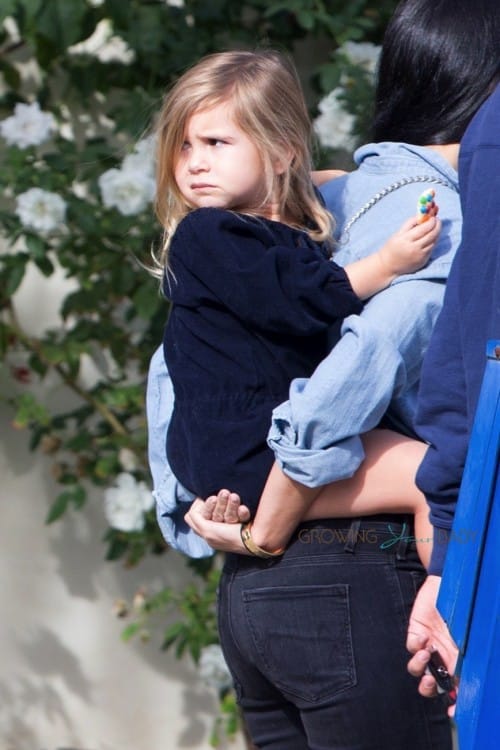 Kourtney and Scott have been photographed together quite a bit lately, and appear to be giving their relationship another go following his stint in rehab.

The pair were together for nine years before their split in July, shortly after Scott was photographed getting cozy in France with his ex-girlfriend, Chloe Bartoli. In the weeks leading up to their split Scott had been reportedly partying hard with friends in NYC and Las Vegas.

In the past he has entered rehab centers for treatment, but has never stayed longer than a week. This time he reportedly completed the 30 day program so hopefully he will stay sober for his family.