It was a busy Sunday for Kourtney Kardashian and her partner Scott Disick. The reality stars were photographed enjoying a family lunch at Label’s Table Delicatessen in Woodland Hills with their kids Mason and Penelope before heading to a kids party. 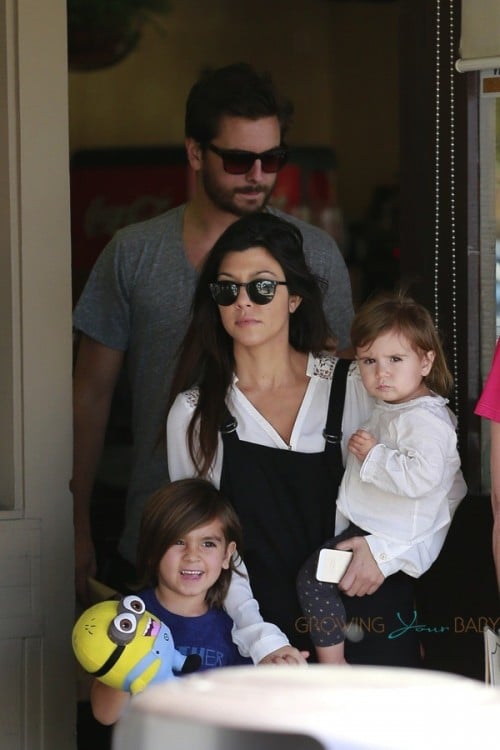 Cute in a pair of  Nununu baby star leggings Mason smiled for the cameras as he emerged from the restaurant carrying his stuffed minion.  While dressed in black overalls, a white blouse and Chanel slip ons, Kourtney walked ahead with daughter Penelope on her hip. 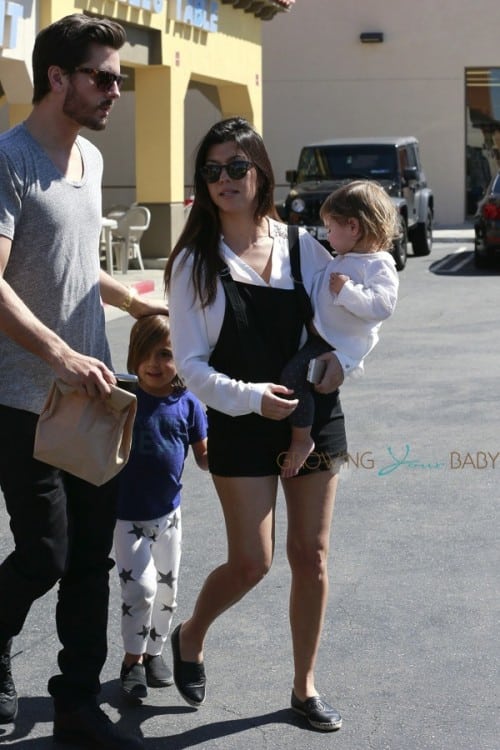 A party weekend!  Kourtney and the kids were also spotted on Saturday leaving a birthday party, where Mason also carried his trust minion and a balloon sword. 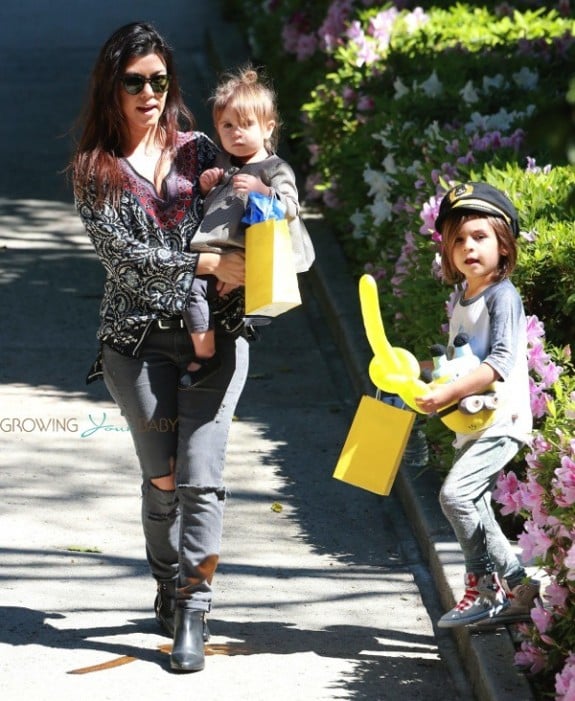 The family has been busy lately moving into the new home they recently purchased from Keyshawn Johnson.    According to the LATimes.com they more than doubled their living space when they closed the deal on the 11,746 square feet mansion in Calabasas, which features a media/game room, a theater, a study, an elevator, six bedrooms, nine bathrooms and a sauna. 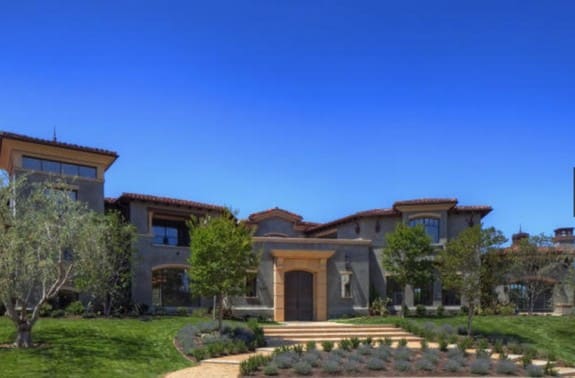 Lots of room for more babies!

To keep her sister company Khloe reportedly bought Justin Bieber’s home, which is just down the street.

It had been widely reported this weekend that Scott and Kourtney have plans to tie the knot in Mexico this Summer, but a close friend of the family denied rumors, adding that Kourtney is perfectly happy at the moment with Scott and their two children.