She may be a couple months away from welcoming her third child, but Kourtney Kardashian is still busy preparing for her baby girl’s arrival. The reality star was joined by her mom Kris, sister Khloe and cameras for their show as she shopped at Bel Bambini in Beverly Hills. 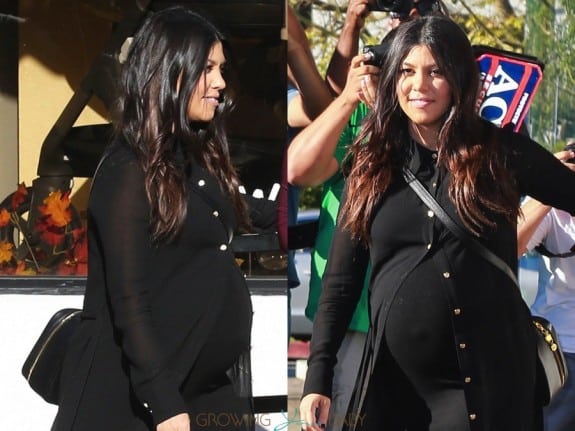 Kourtney was stylish in a black dress, combat boots and a long black cardigan. 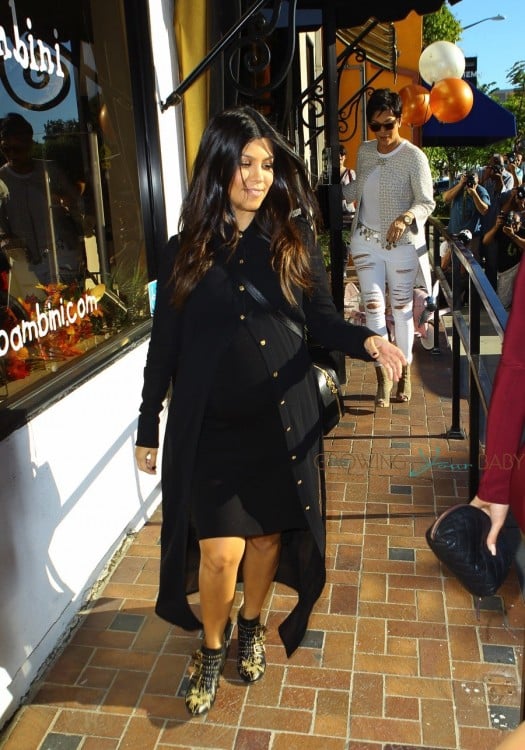 The sighting comes on the heels of the debut of the sister’s new show – Kourtney and Khloe Take The Hamptons.  In true Kardashian fashion the show ramped up the drama right out of the gate.  Fed up with Scott’s hard partying ways, Kourtney kicked him out of their Hampton’s rental home until he can get his act together.  In coming weeks things will go from bad to worse on the show when Scott is rushed to the hospital after a pill overdose.

Events that happened almost 4 months ago, the couple has reportedly mended their relationship and is excited about new addition.

Their new baby, a girl, will join big brother Mason and sister Penelope when she arrives in the new year!