Kourtney Kardashian and her two oldest kids were spotted shopping at the Topanga Mall in Woodland Hills, California on December 29, 2015. 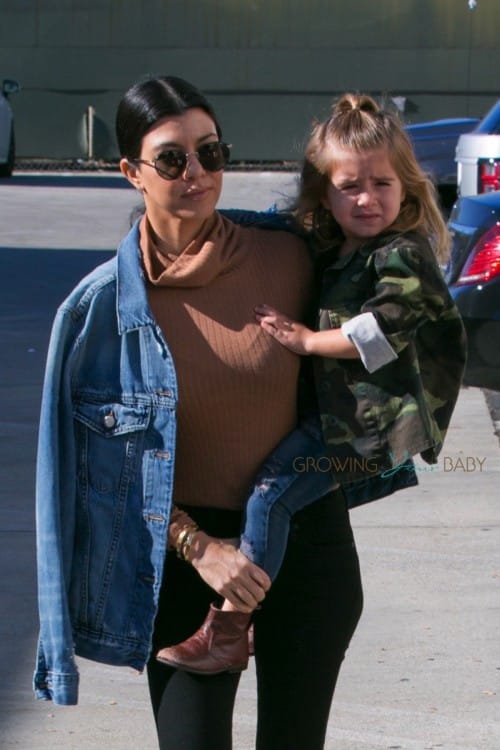 Mason and Penelope matched in Camo, while their mom showed off her svelte figure in skinny jeans, a knitted turtle neck and jean jacket. 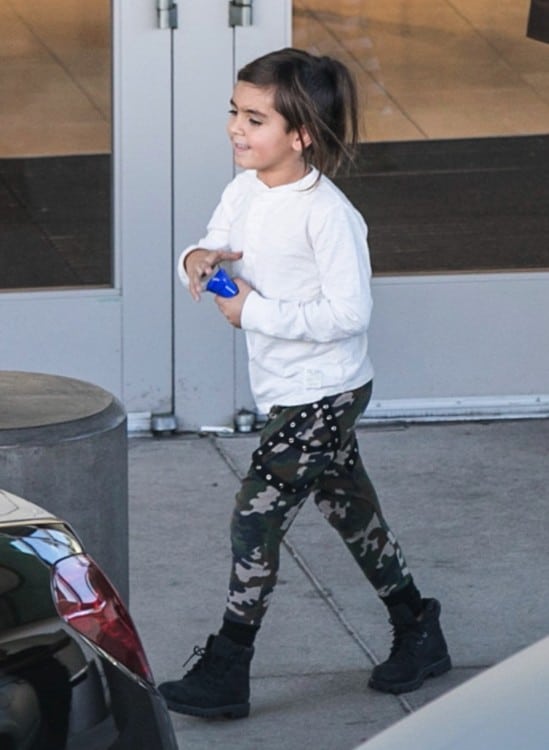 Also along for the trip was Miss North West, who wore a 3/4 fur jacket. 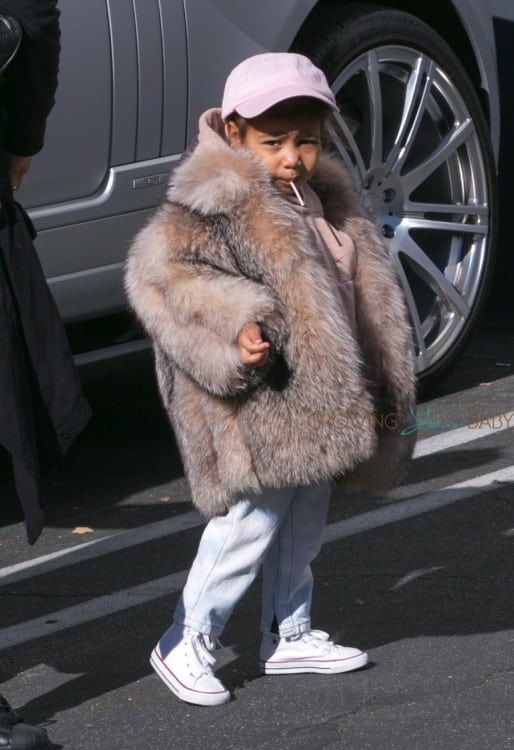 It’s not the first time we have seen North in the fur jacket.  The toddler stepped out in the jacket, which is estimated to be worth around $3,500, during NYFW in February. 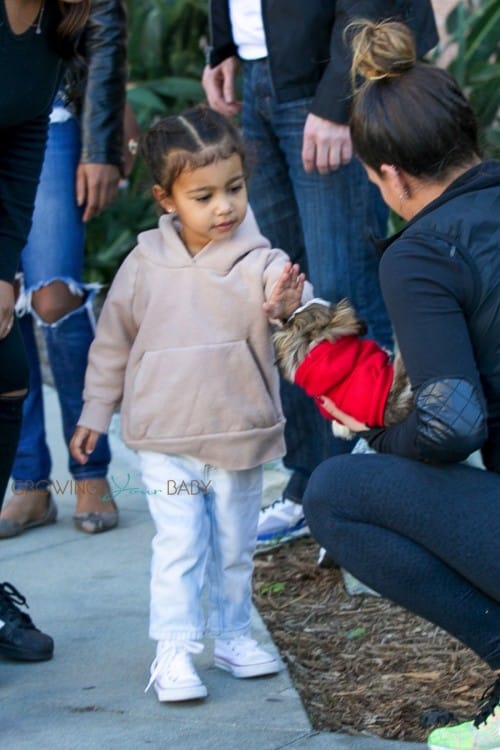 Afterwards the group hit the Glow Zone for some mini golf!

Glow in the dark golfing. pic.twitter.com/g7rtm2MUbw