Home » Kourtney Kardashian Steps Out With Reign And Penelope 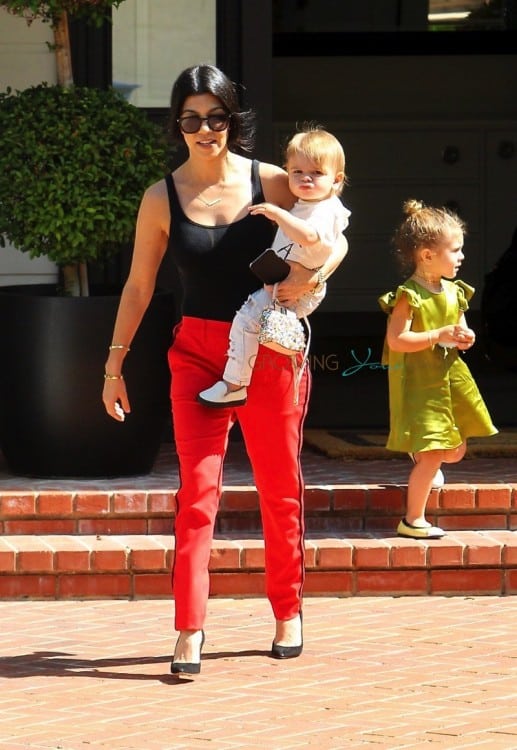 Penelope was dressed for St.Patrick’s Day in a green satin dress, which she paired with some cute Mary Janes. 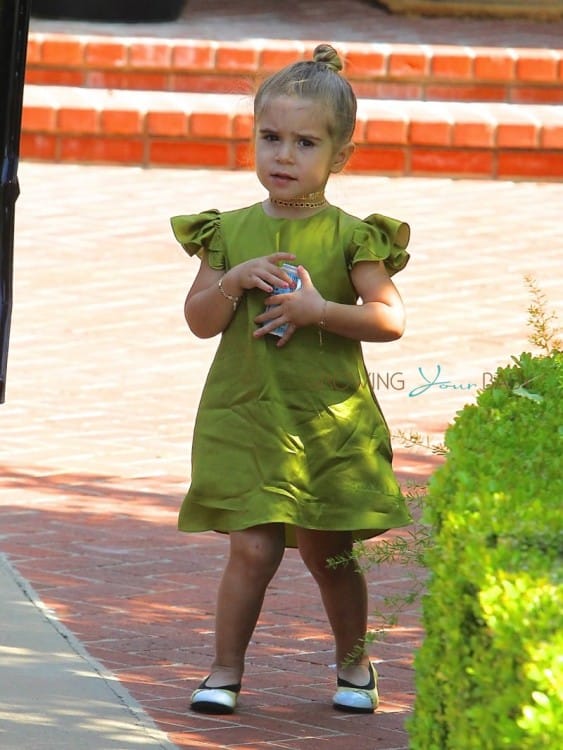 Kourtney juggled Reign, her phone and Penelope’s bedazzled bag as she headed to her SUV. 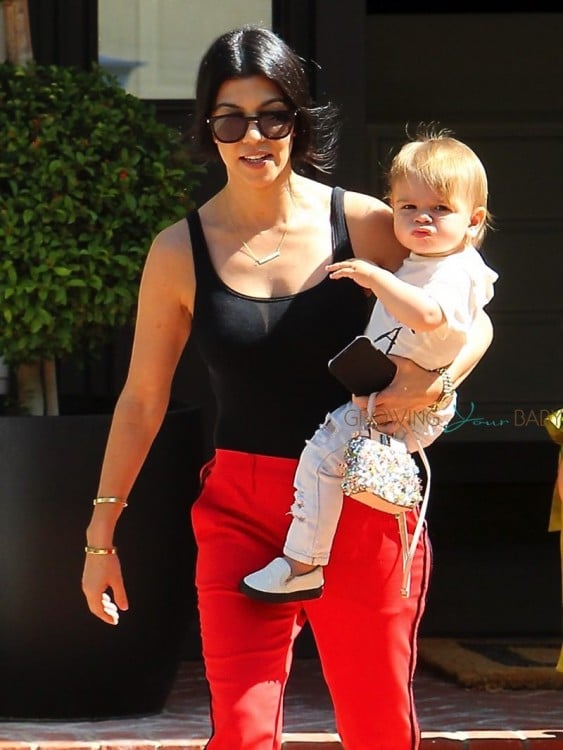 Later on she shared a photo of herself with the kids having lunch. 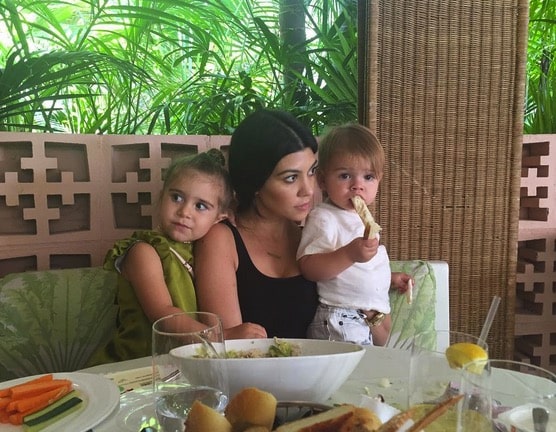 On Friday, the busy mama reunited with her ex-boyfriend Scott Disick to get a sneak peek of the new Harry Potter World at Universal California.  Penelope is one sweet wizard! 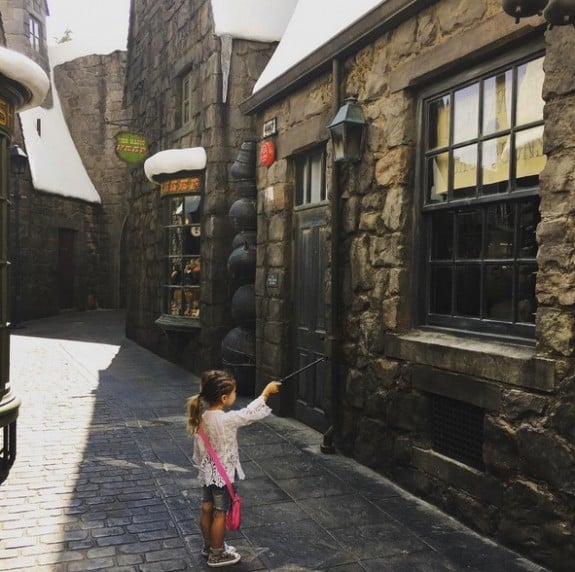 A source told E!News that Kourtney, Scott, Mason & Penelope “enjoyed the land’s signature-ride Harry Potter and the Forbidden Journey, Flight of the Hippogriff and Mason had a wand-fitting at Ollivander’s wand shop.”

Adding that “Mason and Penelope were also seen using their wand at several of the land’s interactive windows. They also rode the Despicable Me ride and spent some time at the Minion-themed Super Silly Fun Land.”