While her family is in Las Vegas keeping a vigil at Lamar Odom’s bedside, Kourtney Kardashian was on dance duty with her daughter Penelope and niece North West. 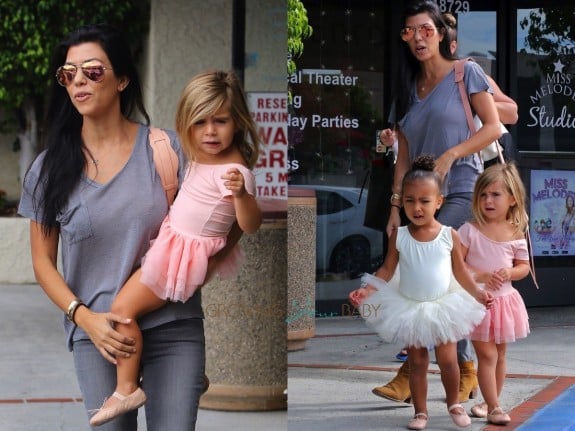 The mom of three, who was accompanied by a friend, shuttled the two little ladies into the studio for their weekly ballet class.  North wore a sweet white tulle tutu while Penelope opted for a pink flowy skirt over her bodysuit. 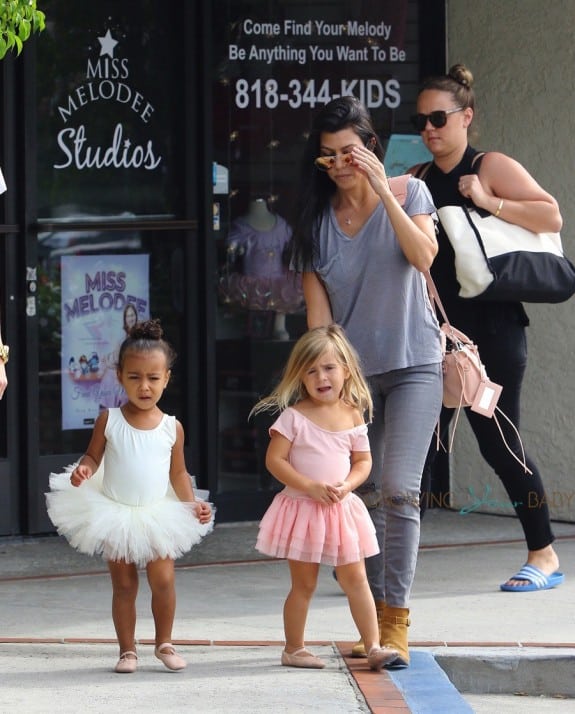 The outing comes just a day after Kourtney’s brother-in-law Lamar Odom was found unresponsive at a Brothel outside Las Vegas.  A short time later it was then revealed that her long-time partner, Scott Disick, has been getting treatment at a drug rehabilitation center in Malibu.

TMZ reports that Scott is working on his sobriety in an effort to get unsupervised visits with his three children; Mason, Penelope(above) and 1-year-old Reign. He’s told friends Kourtney won’t let him have unsupervised visitation until she knows he’s clean.

Kourtney and Scott split earlier Summer after Scott was photographed partying in St.Tropez with his ex-girlfriend Chloe Bartoli.

Close friend of the family, Johnathon Cheban told PEOPLE he thinks that Scott getting clean could bring the family back together.

“I’m sure they can work it out. There’s three kids, he lives not that far from her. Once he gets this out of his system I’m hoping that it will be somewhat back to normal.”

“They’re really the best together. They’re perfect together,” he says. “So with anybody else it would be like weird. At this point it’s hard to get with our program. I’m hoping everything works out.”