Kris Jenner, the matriarch of the Kardashian family, was photographed on gramma duty on Sunday in Florence Italy. 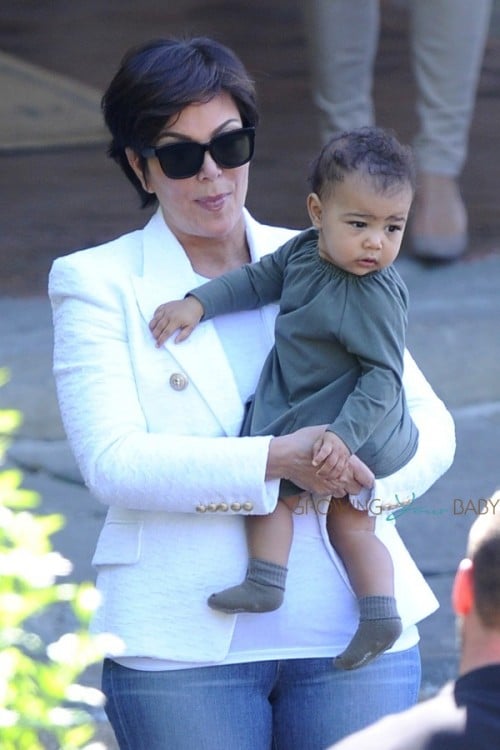 The reality star carried her granddaughter North as the family prepared to depart Italy following her daughter Kim’s wedding to rapper Kanye West.

Kris was later spotted pushing the baby in her stroller through Le Bourget airport. She was joined by the rest of her family, including her oldest daughter Kourtney and her two children Mason and Penelope. 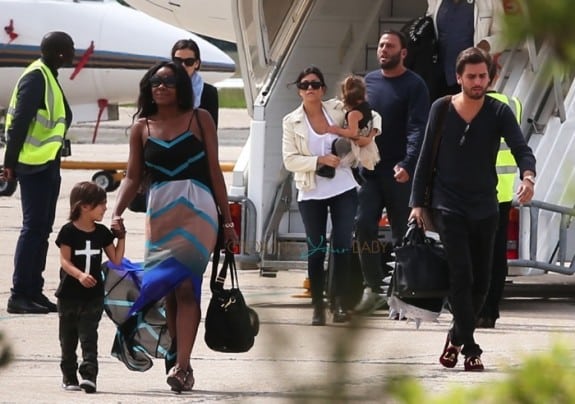 The Kardashian family has been in France for a week in preparation for Kim’s high profile wedding.  Originally scheduled to be held at Château of Versailles, plans were changed after it was revealed that the couple was required to live in the country for 40 days before being able to marry there.  Instead they opted to hold their rehearsal party at Versailles and then transport their guests to Italy where the official ceremony was held at Forte di Belvedere in Florence.

After the celebration the newlyweds jetted off to Ireland where they will be honeymooning for the next week.