It won’t be long now before Kristin Cavallari and husband Jay Cutler meet their new baby! The former reality star, and host of E! show ‘Fabulist’ was photographed on the red carpet on Tuesday while attending NBC Universal’s Summer Press Day at The Langham Huntington Hotel and Spa in Pasadena. 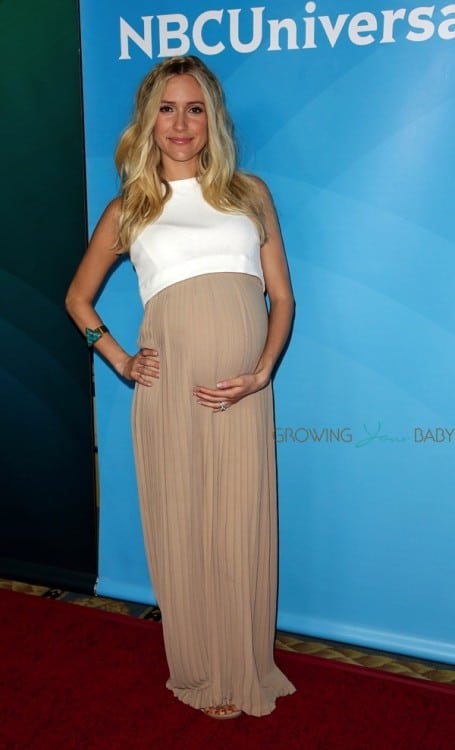 “[There are] more aches and pains. With the first one you can sleep all day, but now I’m running after Camden.”

But that hasn’t stopped her from staying fit.  And while she’s been trying to satisfy her craving for sweet foods with healthy snacks, she does sometimes indulge.

“I’m such a healthy eater and I was working out until about two weeks ago, [I’ve been craving] apples with almond butter, but I do have a big sweet tooth. I’ve been eating ice cream sandwiches.”

Pregnant with another boy, Kristin says she couldn’t be happier with her husband’s parenting skills, and Jay is looking forward to adding to the team!

”He’s a really good dad. He’s with [Camden] all the time. He’s great, He’s so excited that it’s another boy. It’s going to be interesting, surrounded by men, it could be worse!”