Home » Lack of Memories in Early Childhood may Be Hampered by Rapid Brain Growth, Study Says 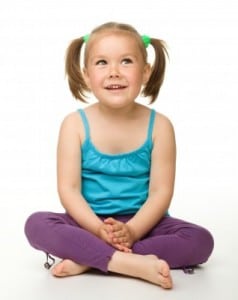 Very few of us remember anything from our early childhood. And our own children will most likely forget the majority (if not all) of the events – big and small – before they reach their third or fourth birthday. But why is that? It’s something that parents and researchers have pondered for years. Paul Frankland, a senior scientist at the Hospital for Sick Children in Toronto, and co-author of a study presented at the annual meeting of the Canadian Association for Neuroscience believes we may be one step closer to the answer.

“They can’t form stable memories of what happens in the first few years,” Frankland told NBC News. “I have a daughter who is 4 years old, and because we were working on this study, I would always ask her questions about her memories of places we visited 2, 3 months ago. It’s clear that she can form memories with quite some detail. But four years from now she won’t remember a thing.”

According to Dr. Eric Kandel, Kaveloi professor and director of the Kavli Institute for Brain Science at Columbia University and senior investigator at the Howard Hughes Medical Institute, scientists have long suspected that the hippocampus (the area of the brain responsible for long-term memory storage) had something to do with the lack of memories during early childhood. But no one really knew how or why.

“The hippocampus matures slowly and probably doesn’t reach any reasonable maturity until 3 or 4,” Kandel said. “While 2- and 3-year-olds can remember things for a short time, the hippocampus is required for long-term storage of those memories.”

Even before his study on infant mice, Frankland suspected that the memories do make their way to the hippocampus. However, because this area of the brain is growing so rapidly during the first few years of life, with a massive number of new neurons coming online and being connected to the existing circuits, the brain actually “forgets” where it has stored the memories. But after about age 3 or 4, the growth of the brain starts to slow down. As a result, the brain is better able to keep track of where everything has been filed. Over time, a child’s long-term memory improves.

To test his theory, Frankland slowed down the rate at which the neurons formed in the hippocampus of baby mice. Normally, the baby mice would have experienced the same issues as human babies – within days of running a maze, they would completely forget how to complete it. But after slowing down the neuron production in these baby mice, Frankland found that the babies were able to remember how to get through the maze, which would indicate that their brains were better able to file and locate their long-term memories.

Kandel said that Frankland’s approach seems to be “sensible and correct.” Also, it does seem in line with the existing theories regarding how and why memory is formed.

Dr. Liana Apostolova of the UCLA Brain Research Institute agrees, and she’s delighted to see something that shows why it is that, despite how important she thinks something may be, her 6-year-old daughter has a hard time recalling certain things.

“This is a very interesting finding,” Apostolova told NBC. “And it ties in greatly with what’s in the literature.

She added that it seems like “a case of overload.” The hippocampus has two primary jobs – to make a recording of each event, and then to file it away for long-term storage with flags that will allow the person to retrieve it. Since all of the brain’s energy is placed into developing new neurons, it seems that maybe the filing just isn’t getting done.

But there’s still more research to be done. Frankland says he hopes to do so on human children soon, which would be the ultimate test. Though he doesn’t plan to purposefully slow the neuron production in young children down, he says that he has seen children with brain cancer that have a slower production of new neurons because of side effects from the drugs they are taking for treatment.

“We can check to see if that treatment preserve memories of things that happened just before the chemotherapy, just as it did the mice,” he said.