While same sex couples that conceive in a clinic are giving a form to sign, making both of them legal guardians of the child to be born, there are other methods that fail to draw that custody line quite as clearly. Artificial insemination is one such method, as one mother from the UK recently learned. 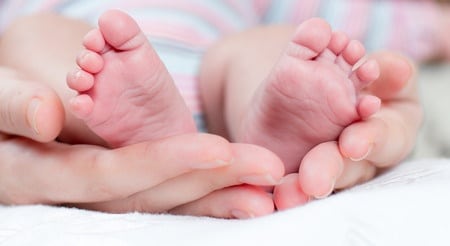 Heard by the High Court, the woman only referred to as L, artificially inseminated her partner, C, while they were together. The couple, who spent a total of 18 months together, used the sperm of an anonymous donor for the insemination.

While together, L considered herself an “equal parent.” She was “as involve as she could have been” in the plan to have the child, the conception, and in the months after the child was born. L even breastfed the child for 10 days when C fell ill. Essentially, she proved herself to be a “constantly hands-on” parent for their “much-wanted” baby.

But L’s name never appeared on the baby’s birth certificate. Her future attempts to remedy that issue failed to produce any results. And then C and L split up – C heading off to Ireland and refusing to grant L any type of rights or visitations to their child.

L went to a lawyer for help. She was told that, despite the fact that their daughter’s surname was a combination of the two women’s, L did not have any “legal rights” over the child. This is a typical response when dealing with at-home procedures like artificial insemination. Generally, the birth mother is considered the only legal parent and the other parent must file for a legal adoption to ensure their rights.

But L took her case to the High Court anyway.

In the relationship that was “fraught with difficulties,” both parents stated that they considered themselves equal parents in the relationship. L was found to have played the role of “psychological parent” with her loving care and involvement in conception. This ruling, which is groundbreaking in the legal arena, will now pave the way for L to fight for joint residency of the child.

Mr. Justice Jackson, who was a part of the High Court on this case, said it was a prime example of “the painful legal confusion that can arise when children are born as a result of unregulated artificial conception.”