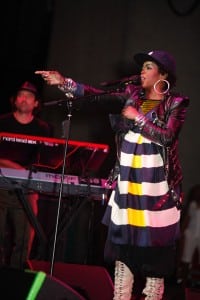 After weeks of speculation Lauryn Hill has finally confirmed that she’s expecting her sixth child.

“I’m going to be taking time off to give birth,” the singer reportedly revealed during a concert at Chene Park in Detroit on Saturday.

“I keep having these children. I don’t know if I’m the most fertile woman in America,” the Grammy winner joked two months ago at a Los Angeles show. “I’ve got five big children, you believe that? If you ask anybody I went to high school with, they’d be like puzzled. Wait till you hear the big secret though.”