Just in time for Summer travel season, tech giant LeapFrog has announced two new versions of their popular LeapPad and Leapster; the LeapPad 2 and Leapster GS! 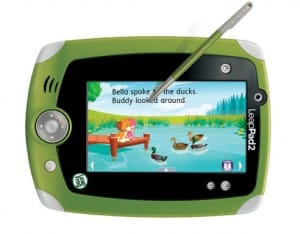 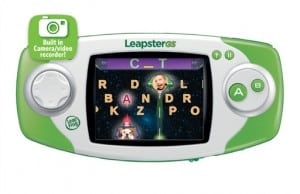 Kids will love that the new LeapPad2 features higher resolution front-and-back cameras and video recorders so they can print the pictures they take on vacation.  A new faster LF 2000 processor will allow the device to keep up better with little gamers and double the memory (4 GB) will improve the amount of data that can be stored on the device.  LeapPad2 also has improved battery life and is compatible with a new internal battery system and recharger pack available separately. 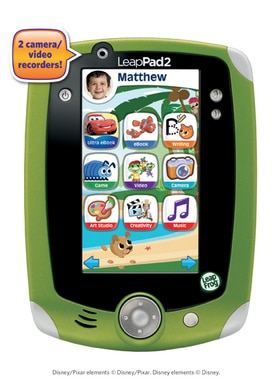 Out of the box the LeapPad2 includes a music player with five LeapFrog Learning Songs, a new Cartoon Director creativity app, an Art Studio creativity app, the popular Pet Pad writing app and choice of an additional app. LeapPad2’s exclusive Cartoon Director app makes the most out of the new features, letting kids develop their inner director by creating and starring in their very own cartoons, as well as sharing their masterpieces with family and friends.

The LeapsterGS will have a new thinner sleek design, larger screen and a much needed built-in motion sensor plus camera and video recorder.   The GS will come equipped with the same new processor as the LeapPad 2 and will have 4x the internal memory of the current device, which will bring it up to 2 GB. LeapsterGS is compatible with a new internal battery system and recharger pack available separately. 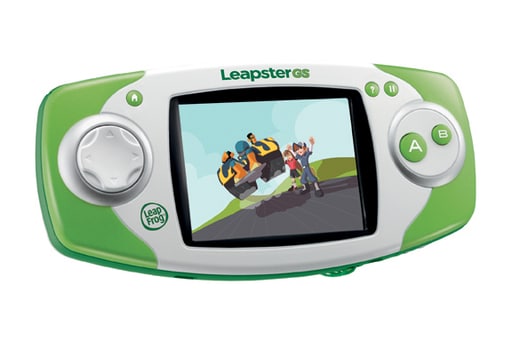 This new generation Leapster provides the ultimate educational video gaming experience. Kids can take charge of the action with the built-in motion sensor by tilting, turning and shaking their way through the game. They can also bring the real world into their play—and put themselves right into the game—with the built-in camera, video recorder and microphone. LeapsterGS delivers on fast-action gameplay while building core skills for success in school and in life. 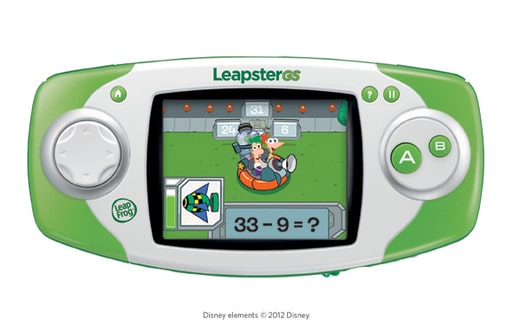 Both devices will be available at major online retailers in the U.S., Canada, UK and Ireland beginning July 18.