Home » Liev Schreiber & His Family Pile On His Bike in NYC 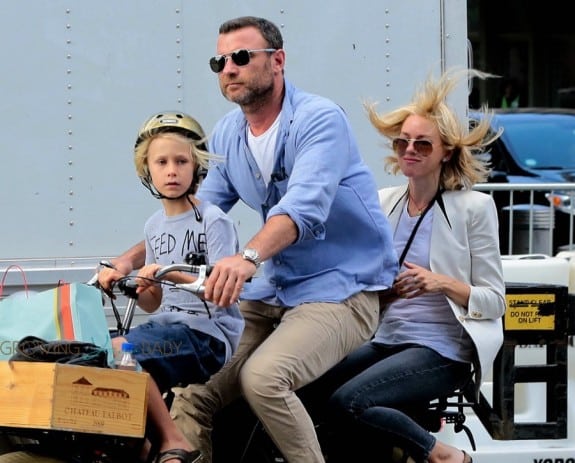 Designed to hold 3 people, the fancy bike was the perfect way to move the family through the busy city.

The couple arrived back in the big apple on Monday after spending most of the year in California while Liev filmed Ray Donovan.

It didn’t take the family long to get back into the swing of things.  On Tuesday they were photographed headed to the store to re-stock the house. 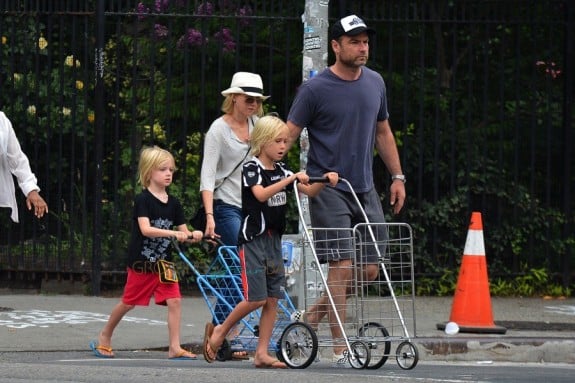 Look for Liev to strap his skates on again when he reprises his role as Ross “The Boss” Rhea alongside Seann William Scott for Goon: Last of the Enforcers. The movie is currently filming in Toronto, but it’s not known if the actor has filmed his scenes yet.