Home » Lily Allen Shares The Stage With Her Little Lady!

Lily Allen was photographed doing a sound check ahead of an appearance on the Waterfront Stage during the Latitude Festival of music and arts at Henham Park in Suffolk. 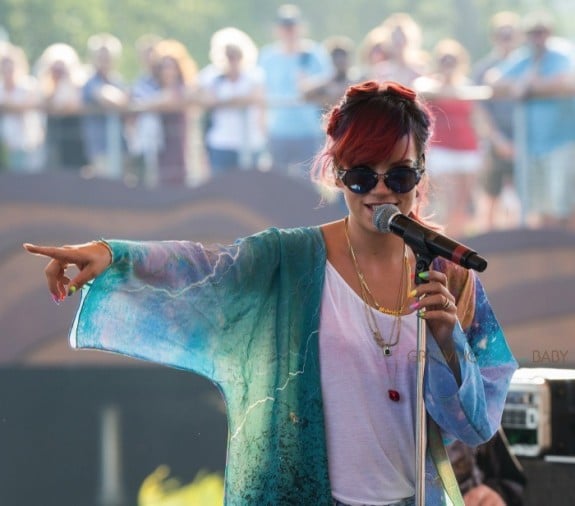 The singer was joined by her three-year-old daughter Ethel, who assisted in the checking the mic. 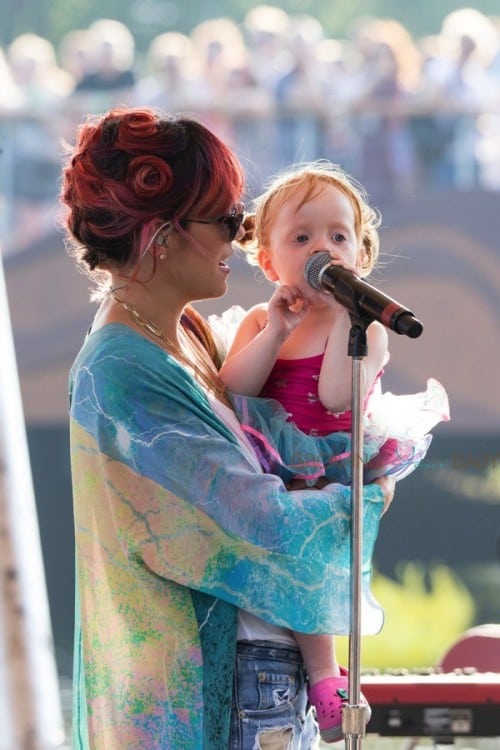 Lily stepped in last minute for Two Door Cinema Club after they were forced to pull out due to illness.  The move, however, was met with some controversy after fans voiced their disapproval over social media.

I understand that you’re disappointed but I don’t think that warrants abuse. They asked, I accepted,I will give it my all, + hope you enjoy.

The performance marked the beginning of a 49 date tour that kicks off on July 24th in Australia.  We wonder if her girls will join her as she also travels to North America, Germany, France and Denmark.