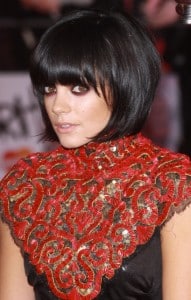 We are sad to report that Lily Allen has suffered her second miscarriage, this time after six months of pregnancy.

The 25-year-old singer was admitted to hospital on Thursday morning (28Oct10) after complaining of stomach pains.  She spent the weekend being treated by doctors, but efforts to save her baby tragically failed, according to British newspaper The Sun

“It is with great sadness that we have to confirm that Lily Allen and Sam Cooper have lost their baby,” Lily’s rep said in a statement today. “The couple ask that their privacy be respected and that they be left alone at this deeply distressing time. No further comment will be made.”

In early August, Allen and Sam Cooper announced they were expecting a baby boy in January.

Tragically, this marks the artist’s second such heartbreak, after suffering a miscarriage in January 2008 during her relationship with musician Ed Simons.