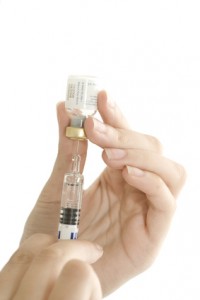 Prominent British medical journal, The Lancet has officially retracted a study connecting the measles, mumps and rubella immunization with autism and bowel disease.

The flawed study, authored by British surgeon and medical researcher Andrew Wakefield and 12 colleagues, was published in The Lancet in 1998. Ten of the 13 co-authors have long since renounced the study’s findings and The Lancet itself has admitted, in the past, that the research should not have been published.

Tuesday the editors of The Lancet issued a statement saying, “We fully retract this paper from the published record.”

On January 28th, Britain’s General Medical Council ruled that Wakefield had shown “callous disregard” for the subjects in the study and that he had acted unethically.

Wakefield and the two co-authors, who stand behind the conclusions of the research, could be stripped of their right to practice medicine.

It has been revealed that Wakefield took blood samples from children at his son’s birthday party. He compensated the children £ 5 each and he reportedly joked about the incident after the fact.

A competing medical journal, BMJ, has pushed for The Lancet to officially retract the flawed research stating the study’s, “arguments were considered by many to be proven and the ghastly social drama of the demon vaccine took on a life of its own.”

Upon the publication of the supposed link between the MMR shot and autism there was a rapid reduction in the number of vaccinations given for measles in Britain. The vaccination rate has never recovered as many parents are still fearful of the shot despite the fact that subsequent research has not been able to prove any connection between the vaccine and autism. As a result of the decline in vaccination, there has been a resurgence of measles in the country, with new outbreaks occurring each year. – Jen R. Staff Writer