Home » Liv and Milo Scoot in The City

Liv Tyler and son Milo Langdon were photographed on Thursday taking advantage of a beautiful day in NYC. 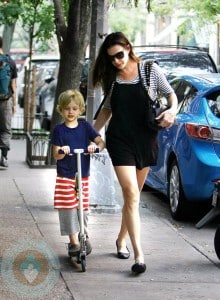 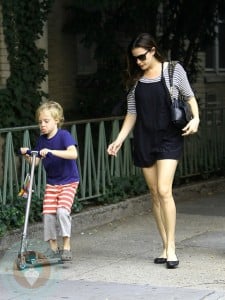 The protective mom appeared to be teaching Milo to ‘stop, look and listen’ while they crossed the street – something that is particularly important on the busy streets of New York City.

Liv recently admitted how hard it was to be separated from her son while filming her latest films, ‘Super’ and drama ‘The Ledge’ on location in Baton Rouge, Louisiana.

‘It’s the first time I’ve ever spent this long without him.

‘It was really hard, but it’s also hard bringing him (Milo) back into the mix and working so hard – it’s exhausting.’

While she was away on set, Milo stayed with his father, Liv’s ex,  Spacehog bassist Royston Langdon.