Home » Liv Tyler Strolls with Her Family in NYC

Liv Tyler and David Gardner were spotted enjoying an afternoon stroll on Friday(October 30th, 2015) in New York City with their son Sailor, and Liv’s son Milo from her previous marriage to Royston Langdon. 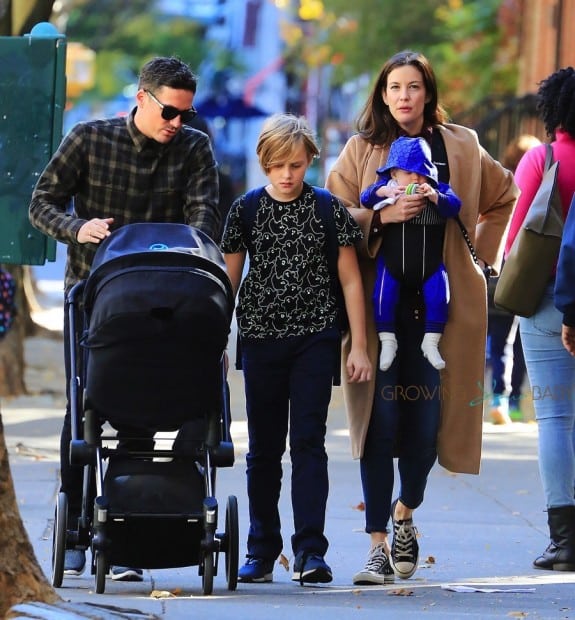 Liv kept her baby Sailor close in a Baby Bjorn Carrier, which was bundled inside her camel coat.  The eight-month-old baby was cute in a blue sleeper with an over-sized hood. 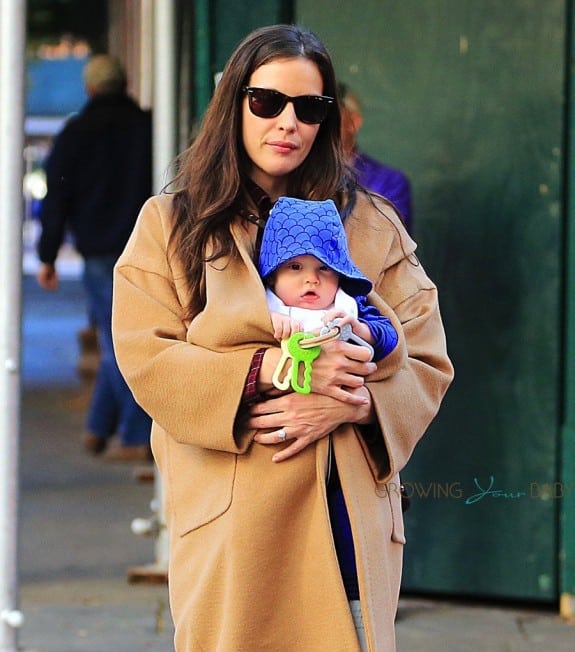 He munched on a teether as the family made their way through the city.

Doting dad, Dave pushed a Cybex Priam stroller as he chatted with Milo.

Liv is one busy Mama!  Despite recently wrapping production on “The Leftovers”, which filmed in Austin, Tex., Liv has already started work on her new project, “Wildling.”