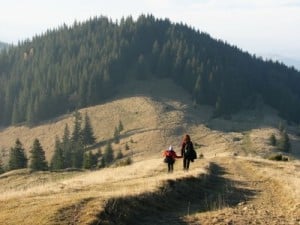 There are a number of reasons a child may have developmental delays. But living at a higher altitude? It sounds absurd, but according to the University of Iowa in Iowa City, there’s actually some truth behind this strange and unusual developmental factor.

For the study, researchers evaluated 2,000 children between the ages of three months and two years at South American offices in Argentina, Brazil, Bolivia, Chile and Ecuador. Evaluated between 2005 and 2006, the babies and toddlers were given a series of problem-solving motor tasks to complete. Doctors used the results to determine which children might be at risk for developmental delays.

“The findings emphasize the need for health care providers and policy-makers to recognize that altitude may increase developmental risks not just for physical growth, as has been reported, but for neurologic and cognitive development,” said the author of the study, George Wehby from the University of Iowa in Iowa City.

But elevation may not be the only factor. When looking at the results by region, all children from Bolivia lived above the 8,530 foot cut-off and all of the children in Argentina, Brazil and Chile lived below the cut-off. Ecuador was the only country that had children from both high and low elevations. This makes it difficult to determine whether the results would apply to other high elevations communities, according to Alexis Handal, an epidemiologist from the University of New Mexico in Albuquerque, who conducts her research in Ecuador. She says that other factors, like parents’ work hours, access to nutritious foods and environmental toxins can all play a part in the overall health of a child and its mother during pregnancy.

“We’re starting to realize there’s such a complicated social context within which these populations live that it’s very hard to look at one area and try to generalize to other areas,” Handal said. “Perhaps what we also have to focus on is…how can we also develop programs that promote infant development, that help families?”

Wehby acknowledges that more research is needed to determine why and to what degree altitude impacts child development; he also hopes to determine if similar patterns can be found in children in higher-altitude regions. However, he also says that this study should prompt professionals to consider the idea of earlier screenings in higher elevation levels to help determine if children are developing normally.