Like mother like son! We were seeing double on Sunday night when Madonna walked the red carpet with her son David at the Grammy Awards in Los Angeles. 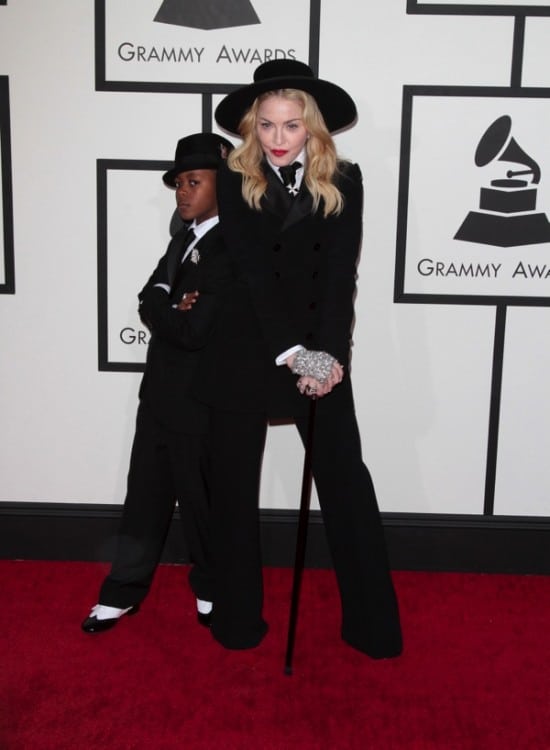 “For this look, I followed his lead. He dressed me tonight,” she revealed. “He wanted me to dress like him, so I obeyed him.”

The material girl added a cane and some edge to her look with some grillz. 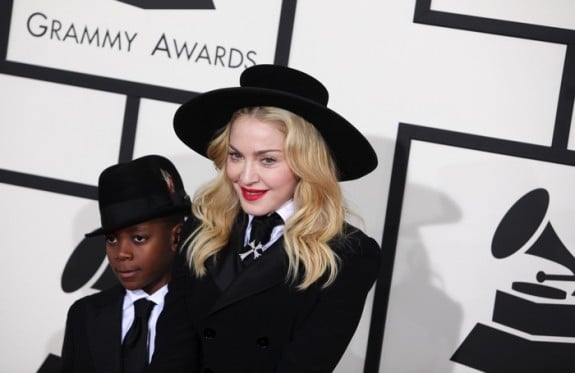 “Yeah, I’m grillin’. It pisses everybody off when I wear my grill, so that’s why I wear it,” she said, before explaining that she wears a grill “when it matches my outfit. When I don’t have to eat. Actually, I’ve learned to eat with my grill in.”

Later the singer changed into a white suit to perform Same Love with Macklemore. During the performance 33 couples were married by Queen Latifah. 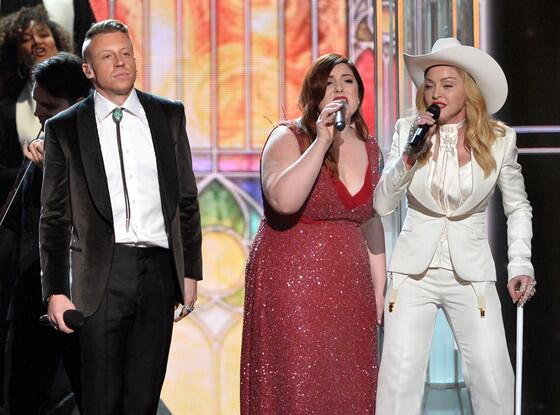