Congratulations to Maggie Gyllenhaal and husband Peter Sarsgaard on the safe arrival of their new baby – a girl!

Oddly enough the parents-to-be were spotted out in the city on the day baby Gloria was born. Maybe their stroll brought on labour! 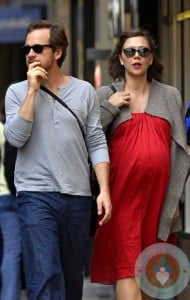 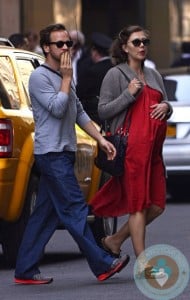 While pregnant with her first child, Ramona, the couple decided to keep the sex of their unborn baby a secret. This time they wanted to know what they were having.

‘It’s the nice thing about knowing the gender of a child: you don’t have to call it ”it,” which gets really weird after seven months in,’ Peter told US Magazine.