Some recent events have created a change in the menus at several major food chain restaurants. But instead of a new greasy burger or calorie-filled dessert item, these changes are aimed at improving the health of Americans, who eat about a third of their meals at fast food restaurants. Personally, this is one change I am very excited about. 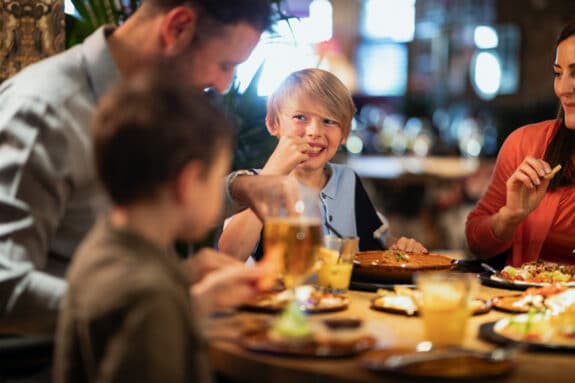 The action started with the appearance of First Lady Michelle Obama at the National Restaurant Association in Washington. She pleaded with the members of the association, asking them to cut some of the calories out of their menu items. But more than that, she wanted them to start making healthier options the default for restaurant customers.

The First Lady’s request was backed by Americans. In recent years, Americans are taking heed to the warnings of physicians, nutritionists, and more. They are recognizing the importance of making healthier food choices and are actually requesting them. I am one of these many Americans that have done so.

Restaurant chains like Chili’s have seen this shift in American food choices. Joe Taylor, a Chili’s employee, told reporters that more and more customers are demanding healthier options when ordering their meals. They are swapping things like fries for steamed vegetables and holding the mayo.

Some of the participating restaurants already had healthy menu items but they weren’t considered the default. Some examples include the apple fries and veggie burgers at Burger King or the fruit option at Denny’s. Now, these menu items will be considered default or will be advertised to customers. In the example of Burger King, employees will start asking customers if they would like apple fries instead of regular fries, particularly with kids’ meals.

New changes will also be made in addition to the ones that already exist. Restaurants will be swapping offering carrot fries, fruit, or apple fries in place of French fries. Denny’s recently added a veggie burger and whole wheat options to their menus. Low-fat milk is being offered as well.

What I found to be the most exciting change was the omission of the French fry photo from Denny’s menus. John Dillion, the spokesperson for Denny’s, said, “Where before we may have been concerned about not having French fries pictured on our menu, we’re now finding that has actually helped our business.”

So which food chains are making the switch? Currently, there are 18 onboard including Burgerville, Carraba’s Italian Grill, Burger King, IHOP, Denny’s, Joe’s Crab Shack, Outback Steakhouse, and more. Surprisingly, however, the world’s largest burger chain, Mcdonald’s, is not participating. Dawn Sweeney, the president and CEO of the National Restaurant Association is in hopes that the success of other restaurants will lure in more, like McDonald’s, as the month’s pass.

While I am definitely in favor of the changes because of the importance of good nutrition, I also agree with the words of Margo Wootan of the Center for Science in the Public Interest, a nutrition advocate. According to Margo, these changes are a step in the right direction but that, “it’s not enough to have one healthy option in a minefield of high calories, high fat, and high salt,”