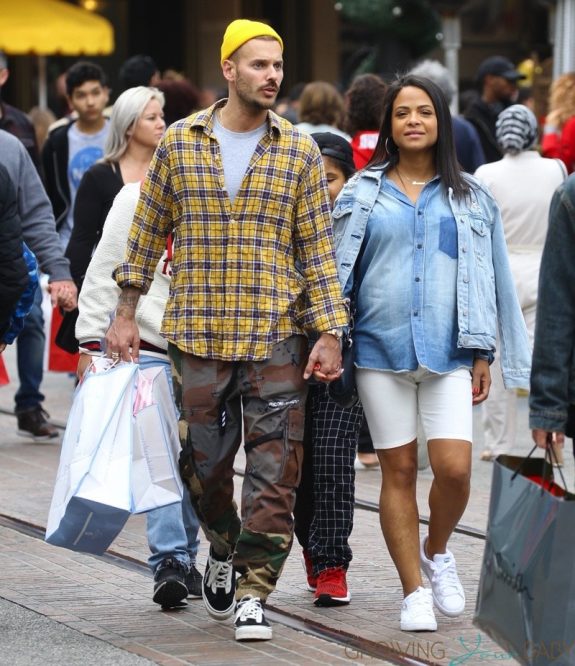 It won’t be long now before the couple is pushing a stroller!

Christina growing baby belly could be seen under a denim blouse that she paired with a pair of white bicycle shorts and white sneakers. 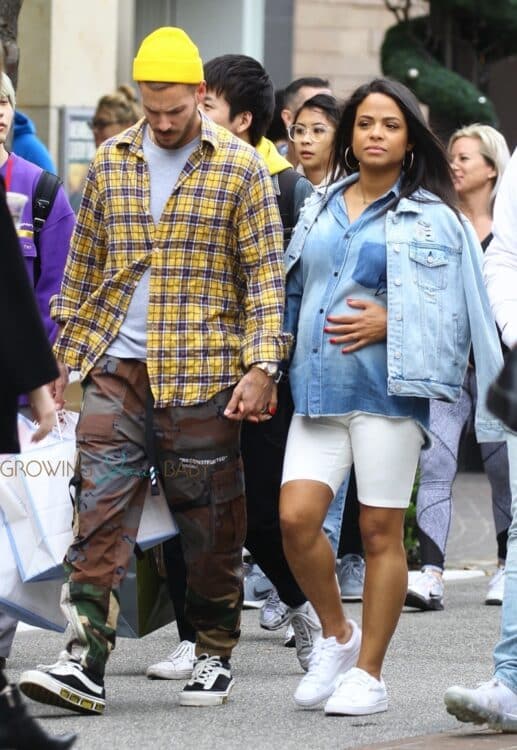 In August, the couple revealed they were expecting a baby boy at a gender reveal party.  The new baby will be the second child for the actress who shares her nine-year-old daughter Violet with her ex-husband The-Dream. 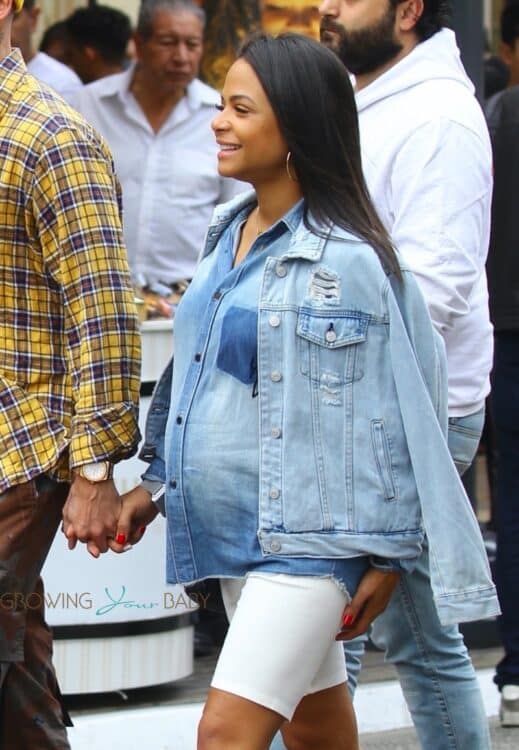 During her outing, Christina shared a photo of her and a friend who is also expecting along with the caption,