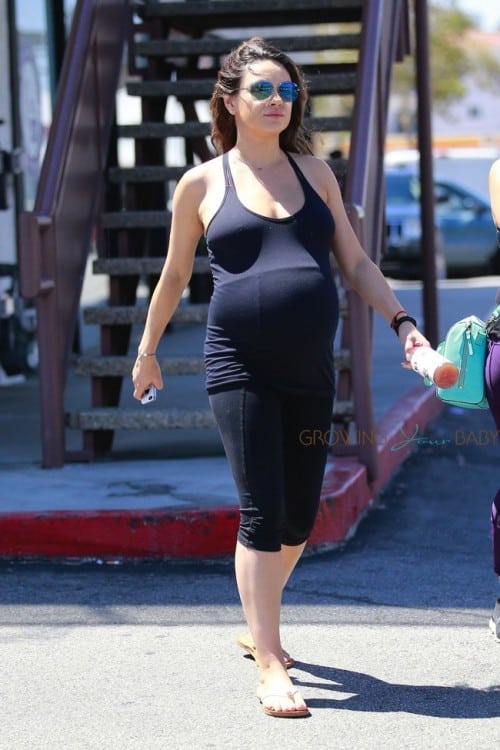 Due in just a couple weeks the actress looked awesome in a pair of yoga pants and belly hugging tank.

Afterwards Mila enjoyed some girl time with a friend at a nearby eatery. 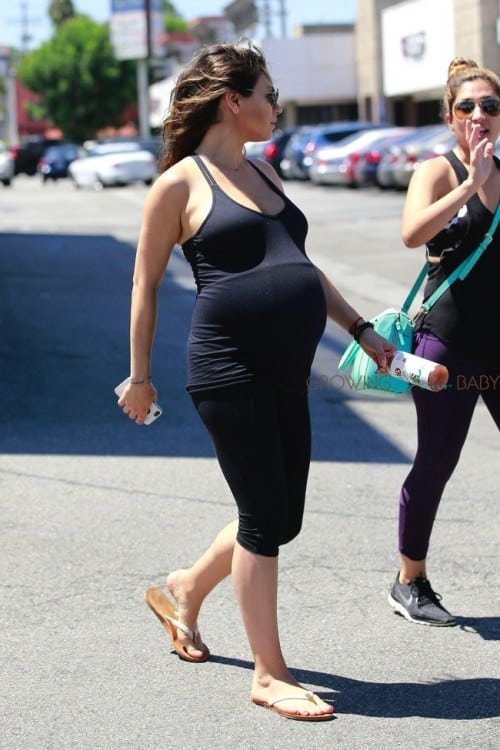 In preparation for their baby girl Mila and partner Ashton Kutcher have both put their homes on the market and have purchased a $10.215 million mansion in Beverly Hills.

The home is a spacious 7,351 square feet, and has three large bedrooms and four bathrooms – which will be perfect for their growing family!

“It’s a much more family-friendly place than Ashton’s former home.  It’s on a private street in a guard-gated neighborhood, so there’s no worries about paparazzi and people driving by.”

The couple, it was also revealed, has even already designed the ‘jungle-themed’ nursery for their bundle of joy!