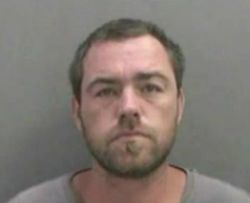 A California man, Sloan Briles, is being charged with child endangerment and resisting arrest after throwing his 7-year old son off of a cruise boat.

Briles, his two sons from a previous marriage and his girlfriend were aboard the Newport Harbor boat, Queen, with 84 other passengers. Briles had been arguing with his girlfriend and his 7-year-old son.

According to Orange County Sherriff’s office spokesman, Jim Amormino, “The father hit him several times and then threatened to throw him overboard if he didn’t stop crying. The crowd on the boat became very angry at the father for hitting the kid and extremely angry when he threw him overboard.”

Staff members aboard the boat stated that Briles had told his son that he needed to toughen up as he threw him into the water. Charlie Mass, overseer of the tour company, told reporters, “Right in the middle of a sunny weekend afternoon in August there is a lot of boat traffic out there. That could have been fatally dangerous.”

Briles reportedly jumped in after his son but he was too late. The boy had already been rescued by some nearby boaters – the very same boaters that could have hit and killed him. Thankfully though, the boy is now safe. He and his brother are now with their mother, Christin, whom they normally reside with. According to her, Briles was seeing the boys for the weekend.