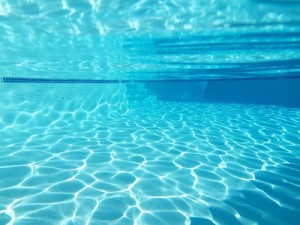 When the mother of a 17 month old came to his door, begging for help after finding her toddler at the bottom of the pool, a Pierrefonds man jumped into action performing life saving CPR. Unlike many rescuers, however, he got most of what he knew from watching TV instead of training.

The hero, who prefers to remain anonymous, knew when he saw the limp child that it was a matter of life or death. Despite not having training in CPR, he used what techniques he had learned from television shows to save the child while his wife called 911. His quick thinking, and willingness to try, saved the toddler’s life.

“We took the baby, put her on the floor of the living room and I began to press on her abdomen, knowing I had to get the water out of her lungs,” he said, adding that the toddler was not breathing and he could find no pulse.

The dispatchers at 911 were able to give him further instructions over the phone, such as lifting the toddler’s head back. Within a few moments the toddler began to vomit out water. Shortly after she gasped and opened her eyes. Minutes later the police and EMTs arrived to continue working on the girl. She is now listed in critical but stable condition. According to the toddler’s parents, their neighbor is a hero.

“Hero?” the man said. “I don’t know about that -we just did what we could in a very dire situation.”

The toddler’s parents had an above ground pool that was fenced and gated. Despite taking the necessary safety precautions, this type of accident still occurs. The Monroe Carell Jr. Children’s Hospital at Vanderbilt has issued warning to parents that even in the safest conditions, accidents can still happen. Thomas Abramo, M.D., professor of Pediatrics and Emergency Medicine and director of Pediatric Emergency Medicine, says there has been an increase in the number of drowning deaths and accidents in children.

“This is a crisis and parents need to focus and keep a constant eye on their kids,” Mr. Abramo said. “All of the cases involved a situation where it appears that the person responsible for watching the child took their eyes off them, even if for a second.”

Health Canada suggests that parents keep a constant watch on young children and always have lifesaving equipment and a first aid kit nearby. – Summer, staff writer