When we think of surrogacy, we don’t normally think of in-family situations. But this is exactly what a man and his mother chose to do after the original surrogacy plan fell through. The courts recently heard the case to determine if the man could adopt the son he biologically fathered. 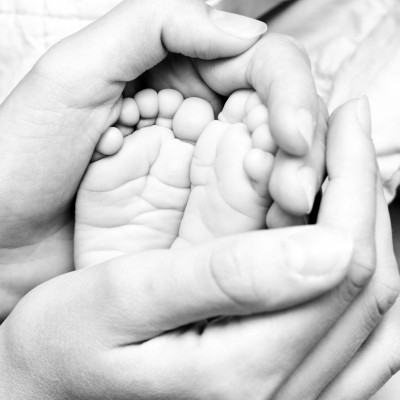 The man, in his mid-20s, spoke with specialist lawyers before ever embarking on his journey to fatherhood. He also consulted fertility specialists regarding his unique situation—he wanted to be a father, but did not have a partner.

“The papers show that, for some considerable time, he has wanted to be a father,” Mrs. Justice Theis, the judge ruling on the proceeding, said. “He waited until his circumstances were settled in terms of a job and home to enable him to provide the care a child would need. He sought advice from specialist fertility lawyers and licensed fertility clinics, to enable him to gain advice and understanding before embarking on any process of becoming a father. This is an issue that he has discussed openly with his family and close friends.”

Originally, another surrogate had been chosen, but because of health reasons, that option fell through. The man’s mother—whose age and information were not disclosed—spoke to her husband after that, asking if he would be willing to support her wish to serve as a surrogate. When her husband voiced his support, they both went to their son and presented their willingness to help.

“They agreed they would suggest this to [the man]. He accepted that offer and [the man, his mother, and her husband] were seen at the fertility clinic that was being asked to undertake the proposed treatment,” Theis said. “They discussed the position with the medical director, and each had individual and joint counseling sessions with the independent counselor to discuss the long-term implications of the proposed arrangement….Subject to nothing of concern arising in the required counseling, the clinic agreed it would proceed with the treatment.”

The mother was then implanted with an embryo that was created with her son’s sperm and a donor egg; she had no direct biological ties. She carried to term, delivered the baby, and it has been living with its biological father ever since.

“[The baby] has lived with . . . his biological father since birth,” Theis said. “All the reports describe [the man’s] care of [the baby] as being to a high standard.”

Care, combined with the careful consideration among all parties, and the “lifelong welfare” of the child resulted in the judge ruling that the man could adopt his biological child for legal purposes, giving the child “legal security” and giving the man the ability to meet the child’s long-term welfare needs.

“This admittedly unusual agreement was entered into by the parties after careful consideration, following each individual having counseling, and with all the treatment being undertaken by a fertility clinic licensed by the Human Fertilization and Embryology Authority (HFEA),” Theis said. “The court’s paramount consideration is [the child’s] lifelong welfare . . . The arrangement . . .  is entirely lawful under the relevant statutory provisions.”