Home » Mariah Carey Reveals The Names Of Her Twins 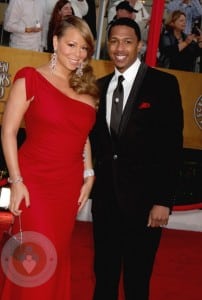 After much speculation by fans in recent days, Mariah Carey has now revealed the names of her twin babies that were born on April 30.

The twins have been named Moroccan Scott Cannon and Monroe Cannon. What is the inspiration behind these names?

Moroccan is the name of the top tier of the singer’s New York apartment, which is called the Moroccan room. Scott is Nick Cannon’s middle. Monroe is taken from Marilyn Monroe.

Mariah’s rep said the actress has long been an inspiration for the singer. The little girl has no middle name because Mariah herself does not have one.

A representative for the couple said the following, according to CBS News:

“It has been a long, emotional journey for this family, and I couldn’t be happier for all of them.”

Mariah and Nick renewed their wedding vows at the hospital on Sunday. Sounds like this happy family is set.  We can’t wait to meet the new babies!