Home » Marion Cotillard Gets A Set Visit From Son Marcel

Marion Cotillard enjoyed some cuddle time with her son Marcel in between takes on the set of her new movie Blood Ties on Friday (May 4) in New York City. 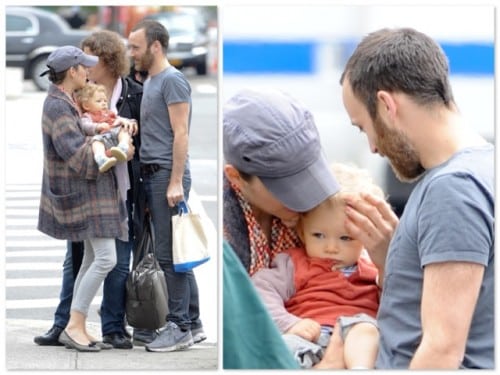 The actress, who is working on the crime thriller with her longtime partner, director Guillaume Canet, looked almost recognizable with no make-up on and her hair tied back under a baseball cap.

Marion has spent most of this year in the Big Apple filming Low Life with Joaquin Phoenix and Blood Ties along side Mila Kunis, Zoe Saldana, and Clive Owen.

The family will, however, be traveling to Cannes later this month when her movie Rust & Bone premieres at the prestigious film festival.