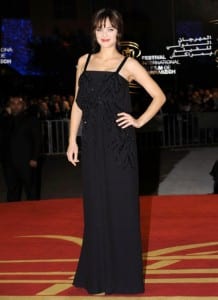 Congratulations to Marion Cotillard and her boyfriend, French director Guillaume Canet.  They pair are now the proud parents of a baby boy!

Baby boy Marcel was born in Paris on Thursday night. No other details of the birth are known at this time. A source did tell People Magazine the following:

“Mother and baby are fine.”

Marion announced her pregnancy back in January. The new parents have been dating for four years, but have no current plans to marry. The two met while working together in 2003 on Love me if you dare, but they did not start dating until 2007.

The actress is happy about the new arrival.  According to the above source, this is the start of a new journey for the couple. Next up for the actress is a role in the new Christopher Nolan film, The Dark Knight Rises.