Home » Mark-Paul Gosselaar Strolls in Studio City With His Family

It won’t be long now before Mark-Paul Gosselaar and his wife Catriona McGinn welcome their second child! The couple was photographed out in Studio City with their son Dekker Edward. 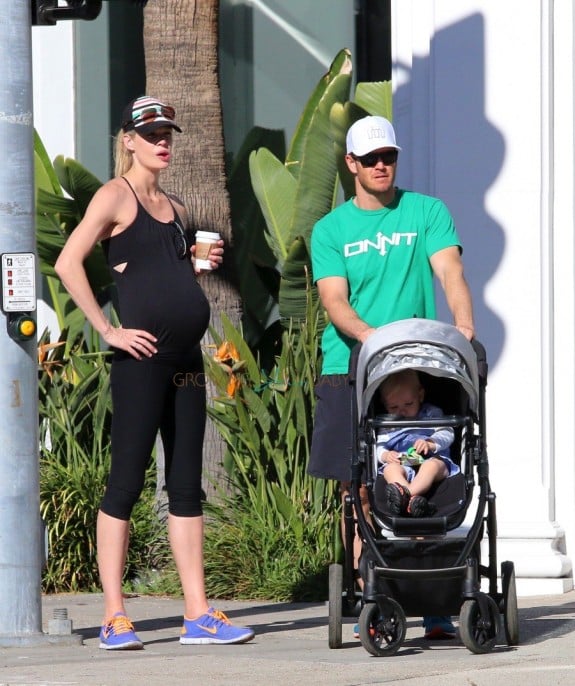 “My wife is due in February with another baby,” the actor told US Magazine. “I’m very excited!”

The couple, who has been married since July 2012 also noted that they know the sex of the new baby, but are keeping it a secret. “We have told our families,” the actor said, “but we haven’t told them the name.”

The new baby will be the fourth child for Mark-Paul, who is also dad to Dekker(pictured) and Michael, 10, and daughter Ava, 8, with ex-wife Lisa Ann Russell.