Home » Matt Damon & His Family Touch Down in NYC!

Matt Damon with his wife Luciana and their daughters Alexia, 14, Isabella, 6, Gia, 4, and Stella, 2 were spotting arriving at JFK airport in New York City on Friday night. 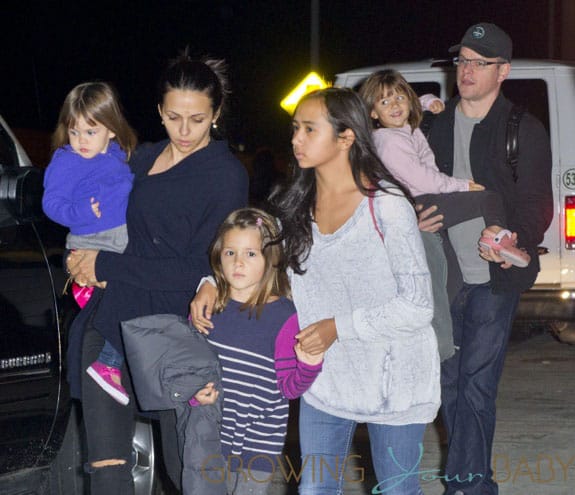 Fresh off a press tour for Matt’s new movie, the family plans to lay low and spend time together over the holidays.

“I’m just going to hang out with my kids,” he says. “We’ve been on the Promised Land train a little bit for the last week or so, and we’re looking forward to just settling down.”

Blending Luciana’s Argentine-born holiday traditions and Matt’s American ones works out well for the kids.

No offense to the Big Apple, but that is where I would be spending my Christmas holidays! After all, when would you trudge through the snow when you can be swimming in the pool?