Matt Damon was photographed out for a stroll with his youngest daughter, Stella Damon, in SoHo on Tuesday. 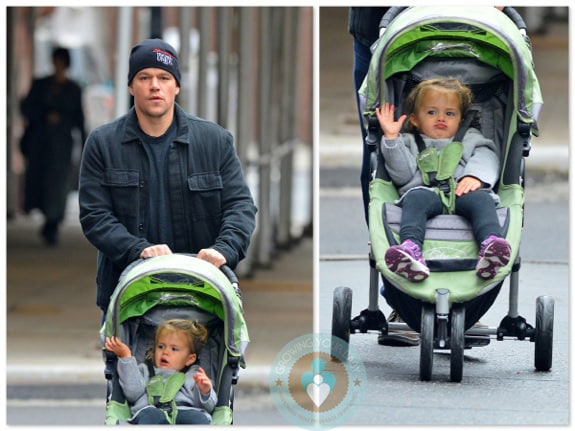 The actor was back on daddy duty after a Birthday party weekend with some of his celebrity friends in London.

A source revealed that,

The Hollywood heavyweights all “got paddled on their rears” by the club’s cross-dressing hostess. “Matt got some extra spanking” for being the birthday boy, and, “they all had a fantastic night enjoying the shows and partying till the end.”

With 4 kids at home and 3 movies in the can for the year, we think he has earned his right to party on his birthday!  Happy Birthday Matt!