Matthew McConaughey and his wife, Camila Alves, enjoyed a stroll down the West Side Highway in New York City on Sunday(July 21). 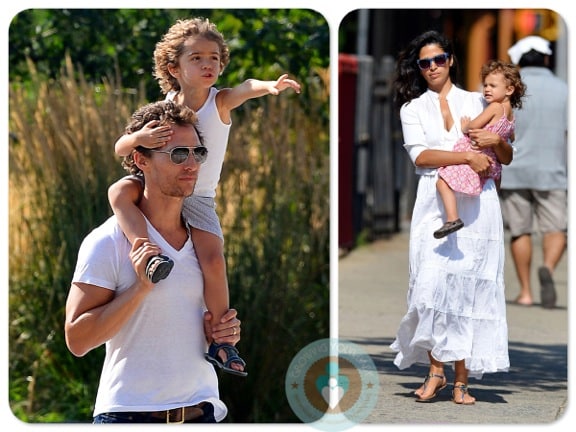 Matthew looked comfortable and casual in a plain white t-shirt, jeans and aviator sunglasses while playfully carrying his son three-year-old son Levi, on his shoulders. 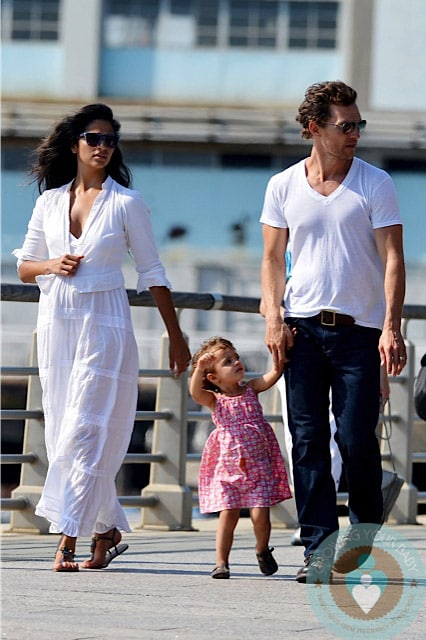 Camila had a happy glow as she carried Vida and walked around with her family in a white flowing maxi dress, funky purple glasses and jeweled sandals.

The couple, who wed this past June on their Texan ranch after five years of dating, is due to expect their third child this Winter.

Matthew is currently slimming down to play a new, more serious role as 1980s real-life American cowboy, Ron Woodruff in the upcoming film ‘The Dallas Buyer Club’. The character has HIV and smuggles life saving drugs across the Mexican border.

The 42-year old actor is looking to lose roughly 30 pounds by the time production begins in September. He told Larry King, “I should not look healthy by the time I’m doing (filming) this.”

“It’s a bit of a spiritual cleanse, mental cleanse. (I’m) drinking a lot of tea. It takes a while for your body to understand that it has to feed off of itself and that you’re not going to give it something else from the outside.”

It has been a busy year for his happy family and I hope that he manages to stay healthy while preparing for this life-changing role.