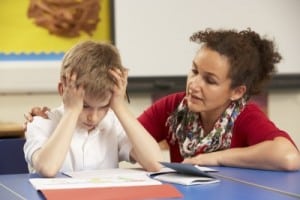 With so many children diagnosed with ADHD, it would make sense that doctors want to better therapy measures for those children. Mayo Clinic researchers believe they have made it possible to do just that with some new tools they’ve developed for diagnosing ADHD and ODD in children.

Presented at the American Academy of Childhood and Adolescent Psychiatry annual meeting in San Francisco, the Mayo Clinic researchers conducted two separate studies in hopes of developing more effective treatment options for children with ADHD and ODD. Their goal was to start by providing a higher level of care, right from the start.

In their first study, researchers required parents and teachers of children to complete a full background analysis. The analysis focused specifically around common ADHD symptoms like difficulty sustaining attention, hyperactivity and impulsivity. Researchers stressed the importance of being prepared for the consultation and offered incentives to those that complied. This increased parent and teacher compliance substantially – from 25 percent to 90 percent. Because of better compliance rates, researchers were better able to recommend treatment and therapy options during the initial consultation. Jyoti Bhagia, M.D., a Mayo Clinic psychiatrist explains why this is so important.

“I’d compare treating a child with ADHD for the first time to consulting with someone with type II diabetes – we need to measure a diabetic patient’s blood sugar level before we can properly treat them,” said Bhagia, lead author of the study. “The same goes for ADHD. The more we know about children in the early stages of treatment, the more quickly we can get them the help they need.”

The second study took a look at 75 children diagnosed with ADHD. Those children were given a subjective evaluation test for oppositional defiance disorder (ODD). It is a condition that is classified by a persistent pattern of tantrums, angry or disruptive behavior toward authority figures and arguing. Overall, only 27 of these children were diagnosed with ODD by their providers. The subjective evaluation found, however, that 48 percent of those children fell within the ODD criteria. Mayo Clinic researchers say that this shows that ODD in children with ADHD is largely undiagnosed. Because of this, children may not be receiving the type of treatment they truly need.