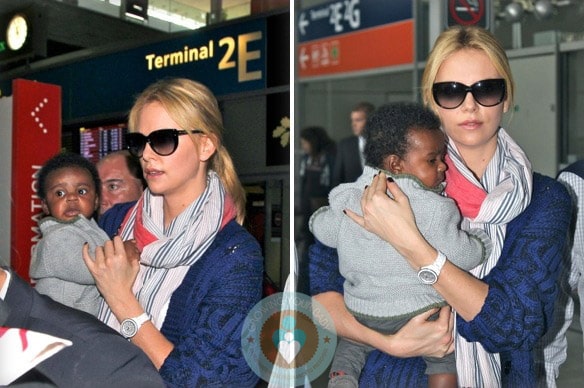 Not fazed by the attention the little cutie stayed close to his mom as she made her was through the crowd.

In March Charlize revealed she had become a mom through adoption. Till now we have only seen her out with him covered in his infant seat.

Thrilled with motherhood, the actress gushed to Vogue UK that Jackson is “incredible” and “the coolest kid ever.”