Home » Mel B & Her Family Trick or Treat in Australia

Melanie Brown and her husband Stephen Belafonte took to the streets on Wednesday night to take their girls trick or treating.  The singer shared a photo of the family before they headed out and was also photographed later on in the evening. 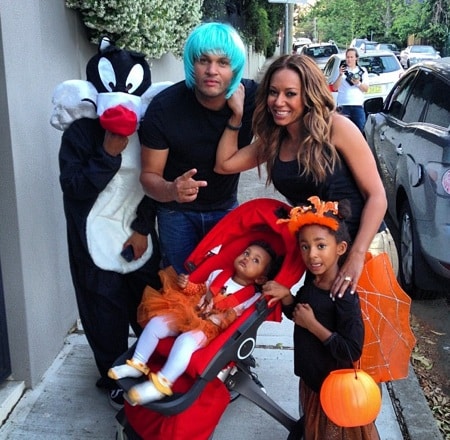 Both Angel and Madison chose the same theme; fairy princess. However, Angel took the look to the next level with a pair of wings and vampire fangs.

Stephen showed his spirit by donning a blue wig, while Mel moved through the neighbourhood in a black tank and a pair of gold shimmering pants. 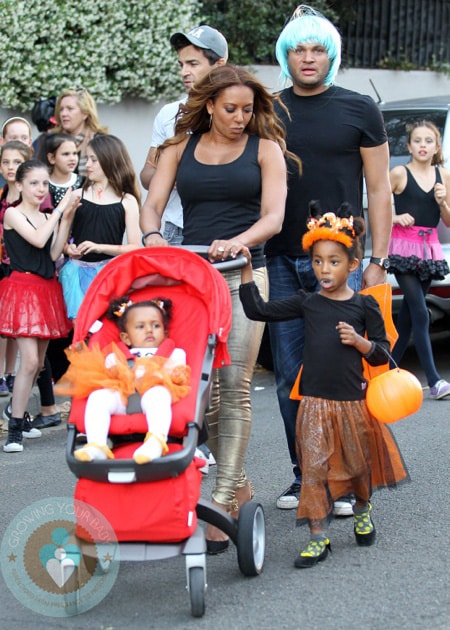 The family, who moves between LA and London, has been living in Australia while Mel works on the X Factor.