A new test, expected to be available in the next five years, could help couples plan their families better by giving a women an idea when their menopause is expected. 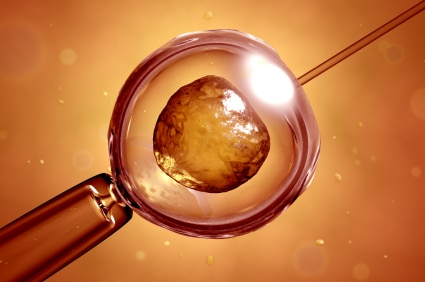 The research was presented at the Congress of the Asia Pacific Initiative on Reproduction in Brisbane last week by Bart Fauser, professor of reproductive medicine and gynaecology at University Medical Centre in the Netherlands.

The team said that the developing technology could help them make the test available soon and it would be very helpful to women who are planning to conceive naturally or considering fertility preservation measures like egg freezing if they are hoping to have a baby later.

Fertility Associates group operations manager Dr John Peek said that the test could be very useful to couples as most of them have”crammed in everything before parenthood” – travelling, establishing careers and becoming financially secure before having children in their early 30s.

“It works for the majority but there’s still a lot of people whose fertility declines before they get to that stage so having some accurate information when you’re very young, you can think, ‘Well, I do really want children, but I’m going to have to go about it in a different order’ …of course you can’t escape age no matter how good your fertility.”

For women,  the monthly menstrual cycle stops when the ovaries stop producing eggs.  When there are no periods for more than 12 months, menopause normally kicks in.  The average age is 51 but some women may also have premature menopause due to family history, environment factors, and chemotherapy or auto immune conditions. This may occur in 1 among 100 women.

Symptoms of menopause include hot flashes and night sweats because of the withdrawal of oestrogen.

Some women though lose the ability to conceive 10 to 15 years before menopause sets in. It can therefore be very helpful to know the age when menopause will occur.

If a test predicted menopause would start at age 43, for example, the woman’s fertility would start fading in her early 20s and be almost gone by her early 30s, markedly altering her family planning choices, Dr Peek said.

During the research the scientists found a complex genetic trait that varies in women between age 45 and 55 and can predict the age of menopause. The doctors said that the test could become a routine procedure in future and may be administered as early as 18 years of age.