A Miami toddler decided it would be a great day for an adventure yesterday as he managed to get away from his adult supervision and climb onto a bus alone for a long ride. 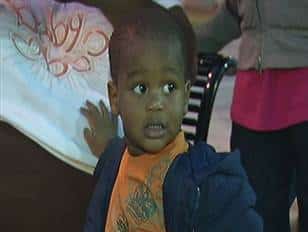 Two-year-old Jackell wandered away from his grandmother on Thursday. When she learned the little boy was missing she was frantic and had no idea that he climbed aboard a Miami-Dade Transit bus.

He was seen by passengers when he got onto the bus, but it was only as the bus began to clear that it was noticed that the boy was unattended.

A passenger, Edgar Hurtado, was the one that made the discovery.

“Nobody was related to the kid, including myself. I started looking around to the back of the bus and I didn’t see nobody. I told the bus driver, ‘Listen, I think we got a kid by himself riding the bus.’ And he says, ‘What?!’”

Thankfully the Jackell was returned safely home, and now the family is pondering getting the little boy a toy bus for  Christmas. All’s well that end’s well! Good to hear he was safe! – Gina, Staff Writer