Home » Michelle Williams Talks About Her Life Out Of The Spotlight 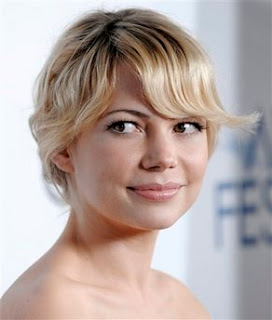 Actress Michelle Williams speaks openly with Newsweek Magazine about her latest role and keeping her daughter out of the spotlight.

Here are the highlights of the interview:

“It’s so sad,” Michelle says. When she’s asked about how she’s been doing in the past year, she’s silent for a very long time. “I guess it’s always changing,” she says. There’s another pause. “What else can I say?” Her voice is breathy and fragile, and she takes a few gulps of air. “I just wake up each day in a slightly different place—grief is like a moving river, so that’s what I mean by ‘it’s always changing’.” She stops again. “It’s a strange thing to say”—her words unravel slowly, her eyes tear up—”because I’m at heart an optimistic person, but I would say in some ways it just gets worse. It’s just that the more time that passes, the more you miss someone. In some ways it gets worse. That’s what I would say.”

“It burns a fire inside of me, the s––– that I’ve seen people do to get at me or my daughter,” she says. “I won’t forget it, and I won’t support it. I don’t want my daughter growing up feeling spied on or threatened.”

On quitting acting to keep her life private:

“If it gets to the point where I can’t situate my life in a way that they stay away more, then I’ll drop a match on the thing,” she says. “I’ll be sad. I like to act. It’s saved my life over and over again. It’s given me a sense of self-esteem, self-worth. I have this thing that I’m in love with—acting—and now it has this baggage.”

“I don’t want to work while she’s in school,” Williams says. “I want her to have a routine. I want the plainest, simplest, most ordinary, habituated routine possible. I just want to know what’s coming next.”