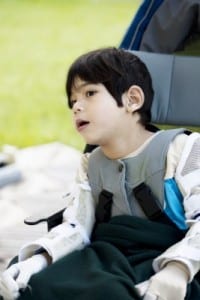 According to the CDC, an estimated 10,000 babies are born with cerebral palsy each year. As defined by the National Institutes of Health, cerebral palsy is a disease that is caused by brain injury before, during or after birth. It is most easily classified by the accompanying neuromuscular problems that can affect all or part of the body, and can range in severity from mild to extremely severe. No cure exists for cerebral palsy and improvement in condition is very difficult to achieve. Preemie Growth Project, a nonprofit group based out of West Bloomfield believes they may have a break through.

The Preemie Growth Project started out as an organization that worked to help improve the health of premature infants. Generally, infants that are born early fall behind their full-term peers. This because the infants are missing trace elements that are passed from mother to baby during the third trimester, according to Dr. Eileen Donovan, the medical director at the Detroit Institute for Children.

“The micronutrients are trace elements that are normally found in the fresh foods we eat,” Donovan said. “They started looking at kids who are born prematurely, because normally, the micronutrients would be passed from the mom to the baby through the mom’s diet during the last trimester.”

So to allow premature infants time to play “catch-up,” pediatricians hold preemies to an adjusted milestone scale. For example, a 7-month-old infant that was born two months prematurely would be expected to meet the milestones of a 5-month-old full-term infant. Doctors hold infants to this scale until they reach the age of two. At that time, they should fall pretty much in line with their peers.

According to the Ida Briggs, the executive director and founder of the Preemie Growth Project, micronutrient supplement has worked rather well for premature infants. It has reportedly helped them gain weight faster and meet developmental milestones closer to the timeline of their same-aged peers. Now the Preemie Growth Project believes that this nutrition therapy can work for children with cerebral palsy.

Briggs first considered the treatment for children with cerebral palsy after Children’s Hospital in Detroit reported that a 9-month-old infant diagnosed with cerebral palsy went from 12 pounds to 22 pounds after just 10 weeks of micronutrient therapy.

The FDA does not have any information on the benefits of micronutrient treatment because micronutrients are not considered medications. Additionally, there are no current studies that show any supporting evidence to the Preemie Growth Project’s beliefs. There is, however, a study from 2007 in which 36 children with cerebral palsy questioned the possibility of whether or not micronutrients would be effective in treating the condition.

The study did not suggest, however, that the micronutrients would actually improve the neurological function of children with cerebral palsy. Still, Briggs and her team believe that improvement is possible with the therapy. Preemie Growth Project is basing this belief on the results they’ve seen through their own treatment program.

“He had no head, neck or trunk control,” Briggs said about one boy who had received the treatment at PGP. After six to eight weeks, Briggs said that the boy could use a visual eye gate (typing device) to hold the very first conversation he’d ever had in his life.

And they’ve seen “dramatic improvement” in 11 out of 27 of the other participants they are currently tracking. Dakota, son to Melissa Jenkins, is one of those participants. According to Melissa, Dakota has made improvements after just two months of treatment.

“He started gaining weight,” Melissa said. “It was about two weeks in and we noticed his appetite was improving.”