Home » Mira Sorvino Vacations in Vienna With Her Family!

Mira Sorvino and her husband Christopher Backus take their daughter Lucia on a vacation in Vienna, Austria on February 5, 2013. 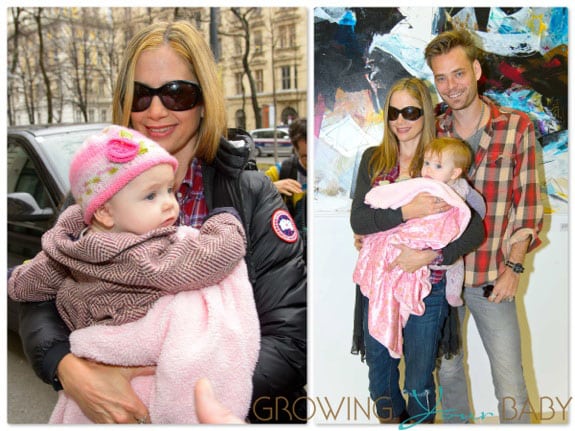 The couple was seen taking 9-month-old Lucia on a tour of the 12th century St. Stephen’s Cathedral on Tuesday. 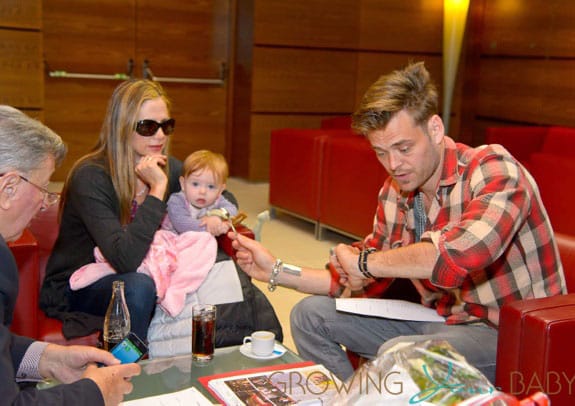 Mira and Chris have been married for almost nine years and are already parents to seven-year-old Mattea, five-year-old Johnny, and Holden, two, who were not along for the trip

After their tour the happy family made their way to the Vienna International Airport to catch a flight out. 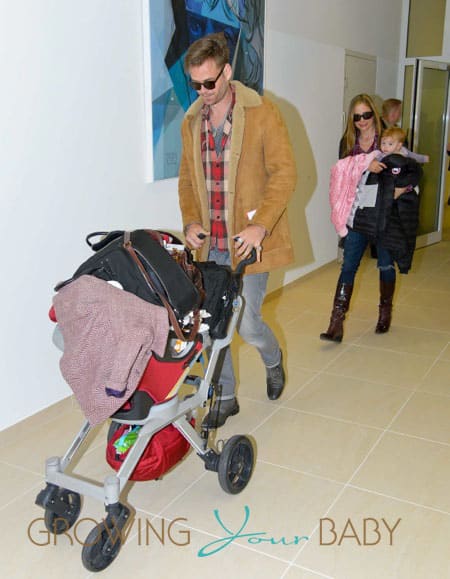 Chris pushed an Orbit G2 stroller loaded with all of their stuff as they made their way to the plane.