Mom-to-be Miranda Kerr bared her belly and showed off her new shape in December’s Issue of W Magazine. 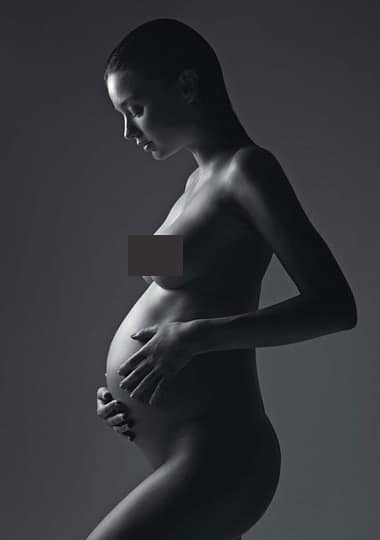 The model spoke to the magazine’s Assistant Editor Fan Zhong about her pregnancy, career and plans for the future.

“For me, family is life. The decision to start one wasn’t complex at all.”

“My career has been wonderful, but it’s not my life. I don’t feel pressure to get back to work.” As for the long-term future, the Aussie native has conceived a rustic plan for domestic bliss: “My goal involves a hammock, a vegetable patch, and a solar-powered house. And I hope to eventually get there.”

Miranda, who was married to actor Orlando Bloom in a quiet ceremony last July, found out she was expecting while in Paris shooting a Jil Sander campaign.

“I was wondering why I’d been so sick.” Kerr and Bloom have opted not to be told their child’s sex. “We’re keeping it a surprise,” she says.